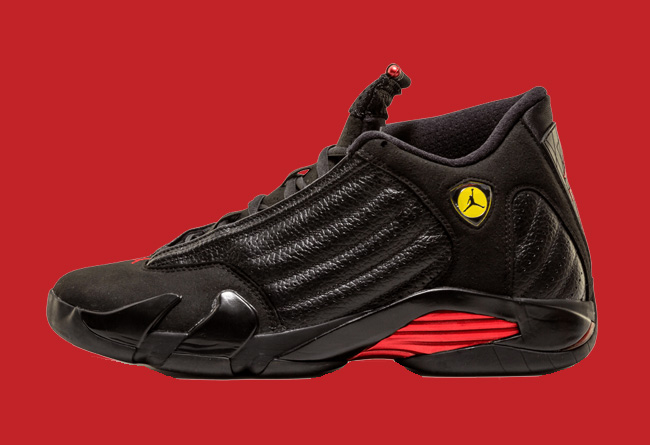 Interestingly enough, the Air Jordan 14 Last shot is the very first pair of Jordan Retros I purchased with my own hard earned money. I bought them in the year 2000 while a student in Accra, Ghana. I bought them from a second market seller ( in other words they were used). But I cherished them a lot; Jordan Brand has brought them back since their initial release in 2005 and 2011. So I’m not sure what motivated them to retro them again for the nth time; every one pretty is now acquainted with the story behind the shoes  so the selling point is very weak. If as a brand the goal is to Edit To Amplify, then this is a terrible move. For those who want to learn more about the Edit To Amplify , see the post below

Performance wise, the Air Jordan 14 is probably one of the best performance shoes the brand has engineered. They were primarily built to mimic the Ferrari’s power and performance. They sport a cooling system near the midsole to combat sweaty feet and heat. The side panels have been specifically designed to be Aerodynamic and facilitate movements on the court. The shoes feature a heel counter that works in combination with the EVA inner liner to provide stability and great ankle support.Other features include:

As soon as there is confirmed release date for the Air Jordan 14 last shot, you’ll be notified. Stay tuned.