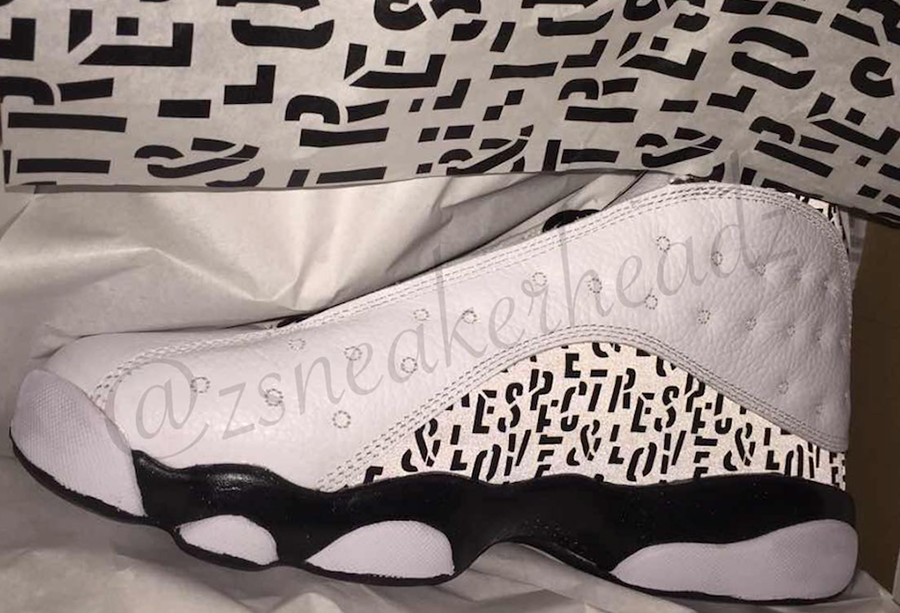 You’d think by now Jordan Brand will totally do away with  releasing senseless sneakers. Nike CEO  Mark Parker said in an interview,

The last thing we want, is to be a big dumb company that feels we can put a swoosh on something and people will buy that.”

But it seems as if the brand is vacillating between putting out dope and garbage merchandise. I came across a picture of a new colorway of the Air Jordan 13 Retro dubbed the “Love And Respect” earlier this morning; the shoes are supposedly inspired by MJ’s love and respect for the game of basketball. But let’s be honest, the man retired from the game of basketball in 2003, basically 14 years ago. As much as people love his signature shoes, I can confidently say based on the amount of Jordan retros collecting dust on shelves that no one really cares that much anymore about emotionally connecting with them. Jordan Brand story telling is at an all time low and consumers no longer fall for the shallow stories the brand is attempting to sell. The only way these Jordan 13 Retro Love And Respect will sell is if they are limited, which probably won’t be the case. All I’m saying is it’s time for JB to fully embrace the fact that Jordan Retros are officially deceased to a certain extent, and no amount of trickery, aliases will stop the bleeding. I wrote a post a few weeks ago about how the Edit To Amplify was reshaping the landscape of next year’s Retro releases in the article below. If the brand sticks with this model I think they might be able to somehow regain some significant grounds.

The only picture of the Air Jordan 13 love and respect I have shows a white on black color combination. The panels are covered with the “Love and respect “words and more white and black accents can be spotted on all over the sneakers. Maybe i’ll change my mind about them once more images emerge but so far all I see is another slightly modified pair of the Jordan 13 barons

. They are supposedly releasing right around the Holiday season so stay tuned for further updates.