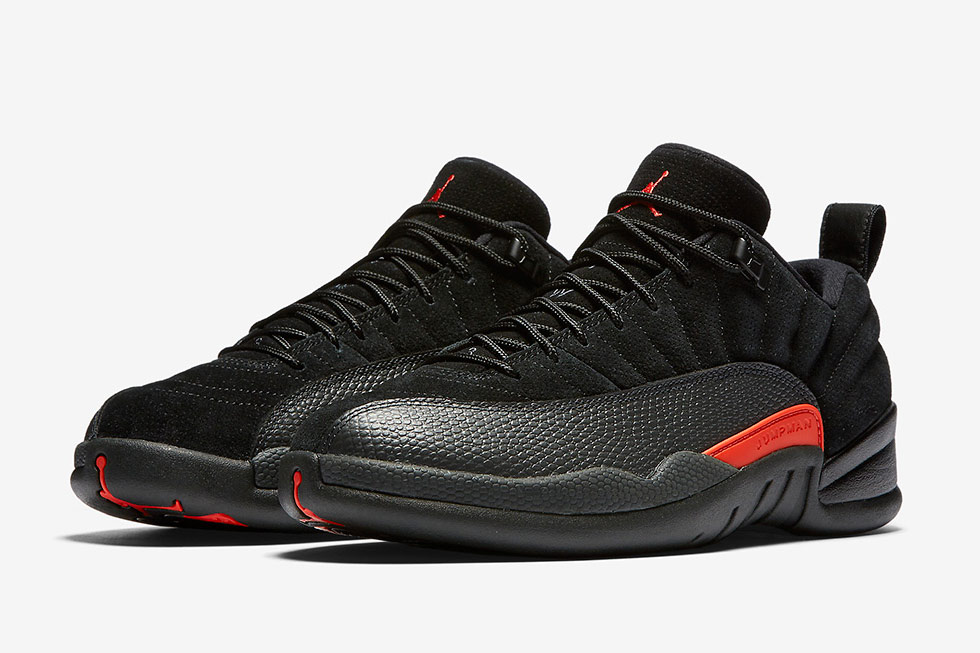 The Jordan 12’s have one of the best silhouette I’ve ever seen in a sneaker; they are durable and were among the first JB sneakers with carbon fiber shanks ( introduced to lighten up the weight of the shoe). The last time a low profile 12 was released was in 2004, the taxi 12 low ( and they were priced at at $115, let that sink in). The 12’s were originally introduced in 1996 and certain aspects of the shoes ( the stitching/grooves on the side panels were made to mimic the sun rays) were inspired by the “Rising Sun” graphic featured on the Japanese flag. 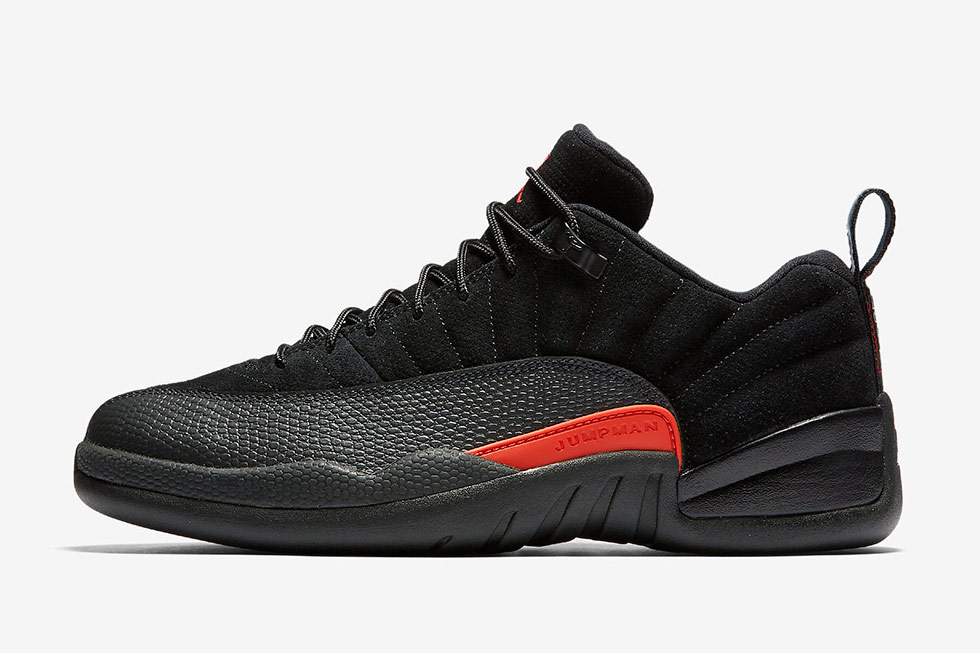 The Air Jordan 12 XII Retro Low Max Orange is the newest colorway introduced, and will officially release on January 14. They feature a black nubuck/suede upper with orange accents on the mudguard and heel tab. Jordan branding will occupy the outside of the tongue ( Jumpman), the insoles, the heel panel, the outsole and the customary “two 3” will be singled out on the extension of the tongue.

The Jordan 12’s in general are built for performance on the court; my only problem with them is the lack of air flow or ventilation. They also tend to be a little narrow near the toe box and it comes a few wears to break them in. They also tend to be a bit heavy, but I think the low profile might weigh a little less.Cushion is definitely amazing on these with the presence of encapsulated invisible air units on the heel and forefoot.

You can actually purchase them now on eBay from our featured sellers, see listings below