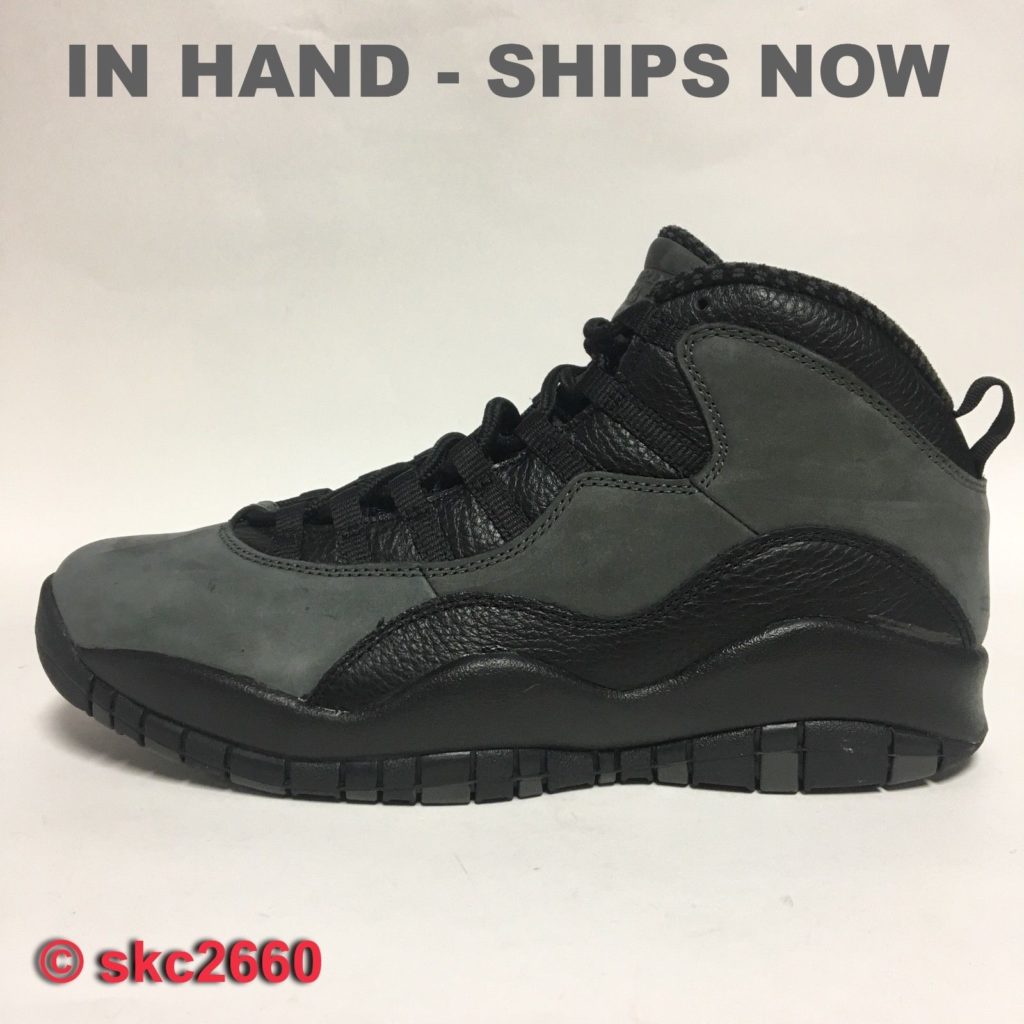 The Air Jordan 10 X Dark Shadow  was originally introduced in 1994 and bore the #45 on the side. Michael Jordan had then made his return to the NBA and was wearing the number 45. He later reverted back to his iconic #23 though. The shoes feature a combination of smooth nubuck materials ( mostly covering the sides and toe box) and tumbled leather on the panel overlays and eyestay .Branding is very minimal on the Shadow 10’s and only covers the outside of the tongue and the back ( jumpman logo in red). MJ’s accolades are featured on the oustoles; the 10’s were primarily built for performance. A couple of years ago, I did a performance test on the Chicago 10’s

Some of you may not be aware of it but the Air Jordan 10 X Dark Shadow was actually brought pack in 2008 with as part of the CDP ( Countdown package). The pack had a suggested retail value of $310 and since it included two separate sneakers, we can assume that each was individually priced at $150.

What does the inflation say?

According to the CPI ( inflation calculator) the shoes should be priced at $183, so you are paying about $7 more than you’re supposed to. That is reasonable so you shouldn’t fuss too much about the current price.