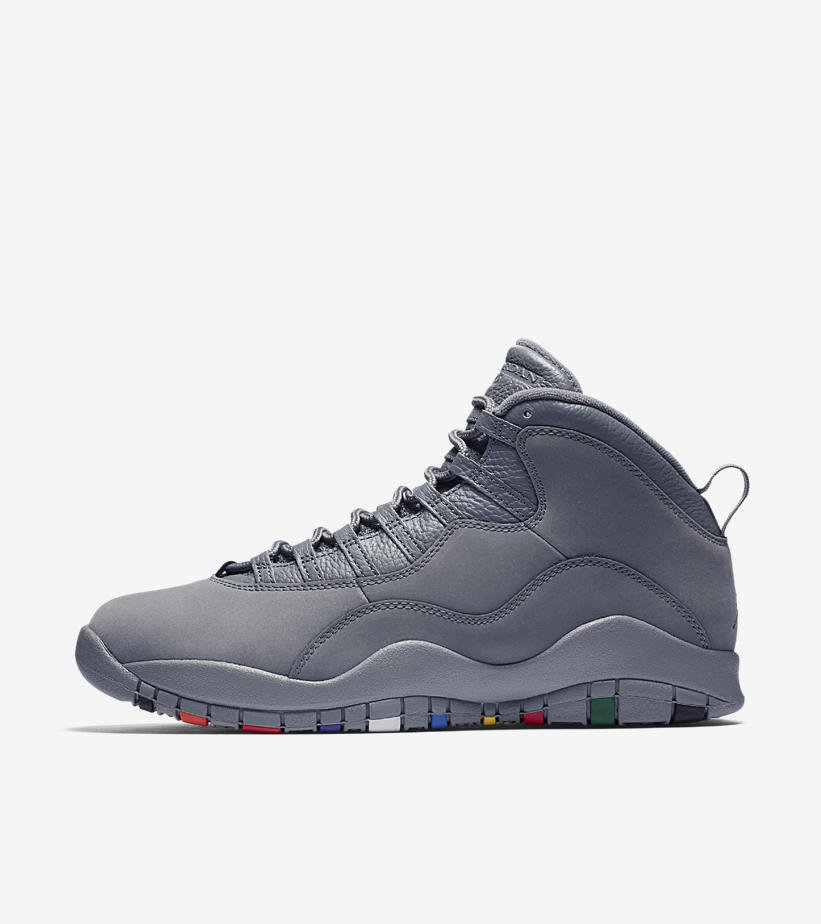 Many sneaker sites couldn’t wait to blurt out how Nike was going to trim down the production of Jordan Retros. And yes, the brand did say that it was going to take place but I think we’re misinterpreting the intentions of Nike. I don’t think this means retros will be hard to get. And I’ll explain why I’m saying this; I’ve made an observation that has been trending with every general release (GR) Retro that has dropped in the past month and a half. And my observation was also confirmed today with the Air Jordan 10 Cool Grey. Basically what we used to call “GR” release is now subtly going to be  more limited. And what used to be limited will now be a “GR” release. All Nike did in my opinion was switch things out to stimulate sales. I don’t want you to get caught up in the terminology but the point that I’m making is that shoes that would’ve been limited will now be massively produced  and vice versa. If you don’t believe me just consider the Jordan 11 “Win Like 92″ , Jordan 11″Win Like 96” and the upcoming Jordan 3 black cement which I wrote about. I predicted that 1,200,000 pairs of the Black cement 3’s were produced and I’ll be vindicated or disproved upon release date.

Let me illustrate my point so you guys can understand, I believe that my first paragraph wasn’t very concise ( remember, I’m a mathematician, not a writer).

This is a screenshot of the Footlocker Launch locator for the Air Jordan 10 Cool Grey. I inserted my zip code to see how many locations were getting the shoes in my area, and only 7 stores are getting them. Out of the 7, six are HOH’s ( house of hoops) and the one that is not ( might as well be called a HOH because its setting is just like a HOH). Had these Jordan 10’s released in 2017, they would’ve been a GR ( general release) and would be available in the 20+ footlocker locations around my zip code. But Nike’s plan is to make them limited for them to be more enticing. Frankly speaking, these Jordan 10 Cool Grey’s leave little to be desired ( in other words they ‘re garbage) and JB knows that making them a GR would be a colossal mistake ( 2017 and the years before proved that). Consequently they are limited and even their resale value proves it. I checked how much they were selling on eBay and the lowest price on them was $229 which is astonishing. Last year, a shoe like this would’ve been reselling for retail or a little less on eBay.

I’m hoping that you were able to understand the message I was trying to convey- Nike is basically going to only produce more limited retros and less (GR=Generel Release) retros. If you didn’t understand anything I said, at least seal this in your head.

I have no idea what you just said, lol. I honestly don’t. I need clarification.

what part was confusing, could you highlight it

It’s clearer now. I was confused by your GR/Limited description.