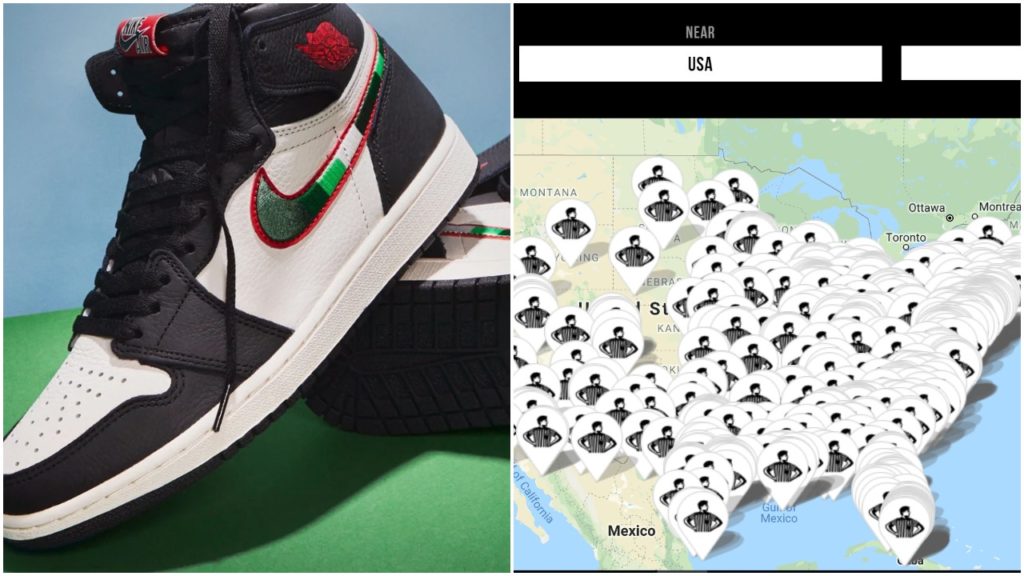 The Air Jordan 1 SI Sports Illustrated is releasing tomorrow December the 27th and some of you may wonder how many pairs were produced. I walked into my local mall a couple of weeks ago and the Footlocker store in that location had already received their inventory of the SI Jordan 1’s. I’m only mentioning this because that particular FTL store isn’t a House Of Hoops; the implication- most footlocker stores will be allocated an inventory. On the other hand, the shoes didn’t appear on Champs release calendar but only via Footlocker and Footaction. To come up with my projected number today I’ll lean on my past projections ( The Jordan 1 Court Purple and The Jordan 1 Rookie of the Year) and use this data to create another linear model.

Based on the data above, the linear equation would be as follows:

So the number of pairs of the Air Jordan 1 SI produced based on the equation above is:

The 1172 was obtained by adding the total number of Footlocker stores and Footactions receiving an inventory. See maps below

You can buy the shoes now on eBay from our featured sellers, refer to the listings below

MARKET VALUE, CHECK THE VIDEO BELOW