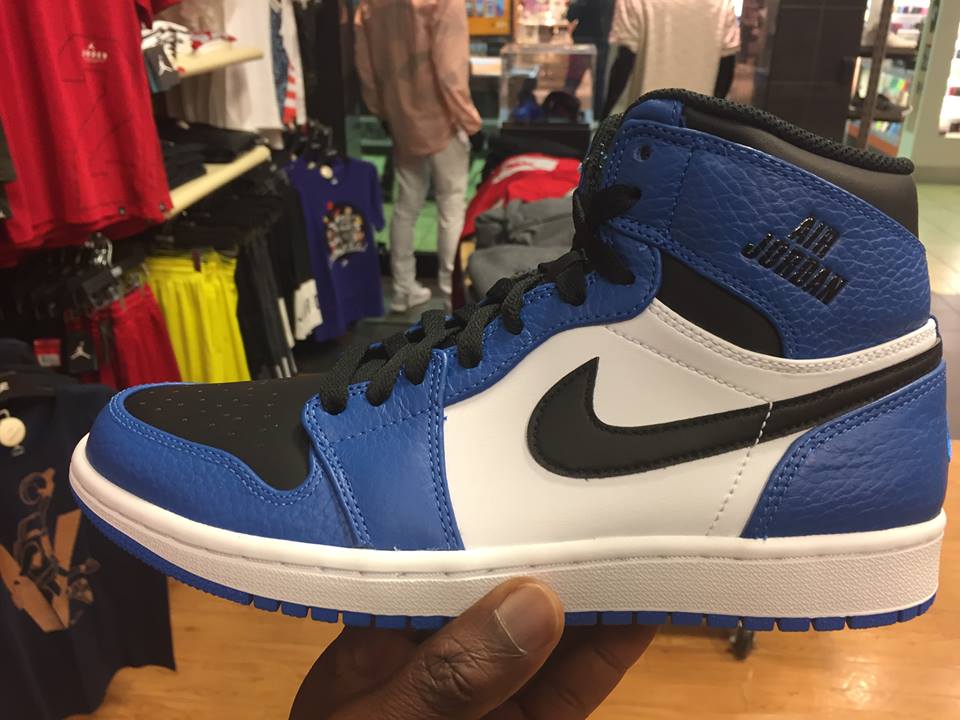 The Jordan 1’s have literally dominated the year 2016 and JB isn’t showing any signs of slowing down in 2017. My routine visit to the local mall led me to the Air Jordan 1 Rare Air Soar Blue, a shoe that bears a lot of similarities to the Fragment 1

They sport a white, blue and black color combination  similar to the fragment 1 with flat black laces. With the Rare Air edition,  JB did away with the customary wings logo and replaced it with an ” Air Jordan” text instead. The heel panel signature Jumpman was also replaced by a stitched up  ” Nike Air” text with a swoosh logo in -between. The side panels large swoosh logo remains untouched. With a perforated toe box, the shoes feature a mixture of synthetic and premium tumbled leather all throughout.

The shoes were originally priced at $140, but they are available now on eBay under retail, see listings below