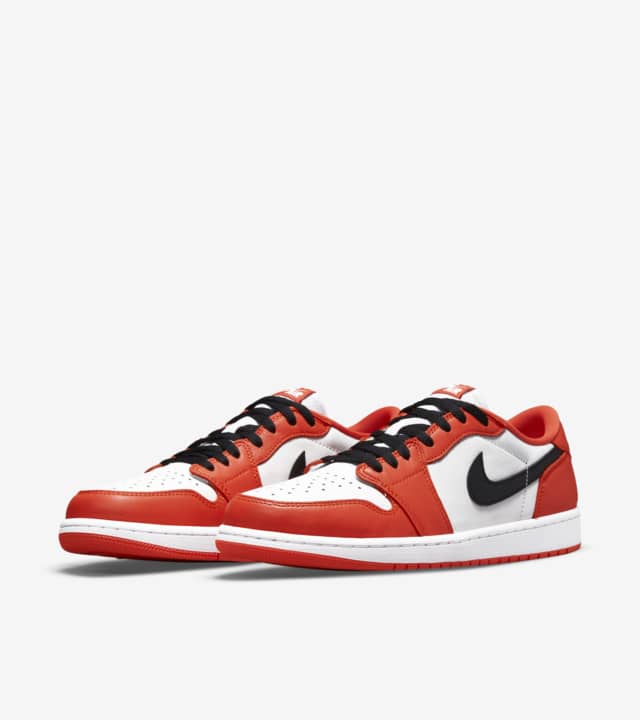 The Air Jordan 1 Low Starfish is set to officially release on August the 26th and retails for $130. This is one of the many marquee sneakers Nike is releasing this week. Most people are actually targeting the Lightning 4’s but this quicks trike Jordan 1 Low is also in many people’s radar. A color pattern of orange, black, and white is used on its uppers. The White leather foundation of  is accented with Orange overlays and Black on the laces, Wings heel logo, and Swooshes. The pattern is completed by a White midsole and an Orange rubber outsole. Today we’ll try to come up with an estimate of the possible number of pairs produced and also discuss the shoe’s current resale value. First let’s get a count of the stores allocated an inventory of the Starfish Jordan 1 beside Nike USA and Nike Europe.

So far these are the only places that are confirmed, now let’s set up our assumptions and run the numbers.

Footlocker’s inventory: 18 x 21=378 pairs based on our assumptions.

We said at the outset that this number represented about 10% of the total inventory of the shoe. So the total is,

I will say that the overall number of pairs produced will probably be anywhere between 5000 and 10000 pairs.

The data collected isn’t significant to make some very bold predictions, but that shouldn’t stop us from throwing some numbers out there. I’m pretty confident that the shoe’s average resale value will sit within the $230-$280 range based on the size acquired.

You can buy the Starfish 1 now on eBay from our featured sellers via authenticity guaranteed, CLICK HERE