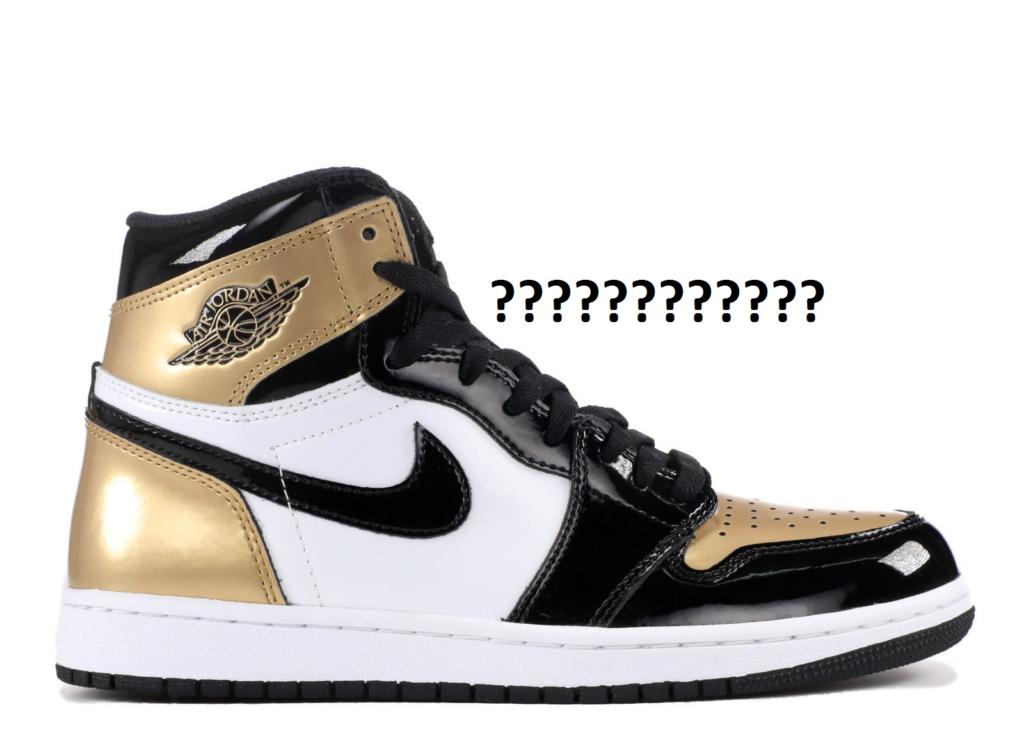 I promised I was going to write a post about the possible number of pairs of the Air Jordan 1 Gold Toe All Star that were made, so here it is. This is going to be a bit ambiguous because neither Footlocker nor Nike have provided enough information for me to build a strong and reliable case. So the premises on which I made my predictions came from observations I’ve made from  previous releases. 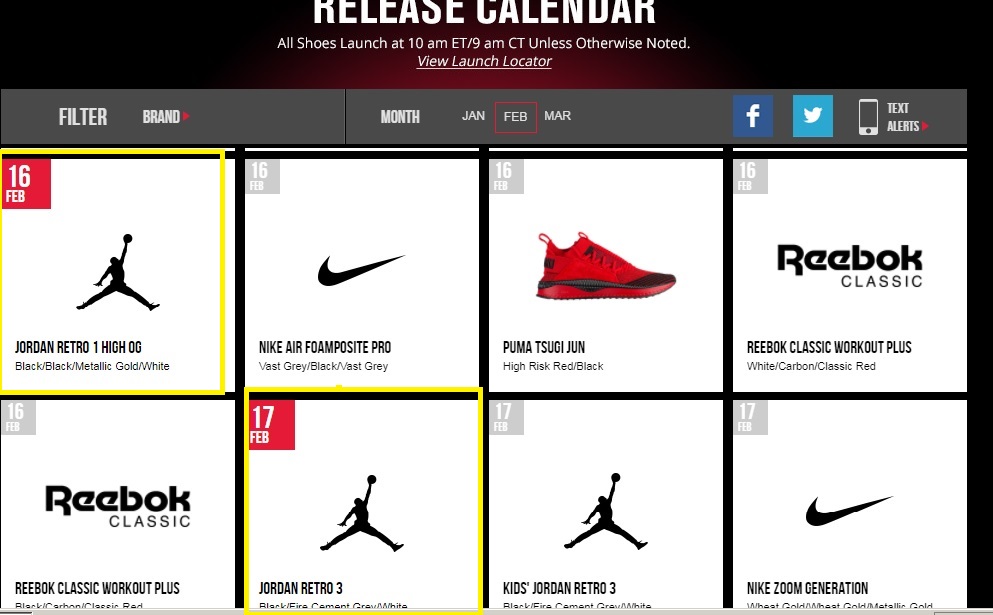 There are two very important details that can’t be overlooked. First, notice that in the picture I shared above, out of all  8 pairs, two are highlighted in red. This could be an indication that these products are on demand. And second, notice that the Gold toe 1 is dropping on February 16th and the Black Cement 3 is releasing the next day ( February 17th). I’ve already showed you that JB made about 1,200,000 pairs of the Black Cement 3, see post below. If that’s the case, it automatically means that the Gold Toe 1 is going to be very limited. Jordan Brand isn’t going to risk losing money on the Black Cement 3 for the Gold Toe 1. 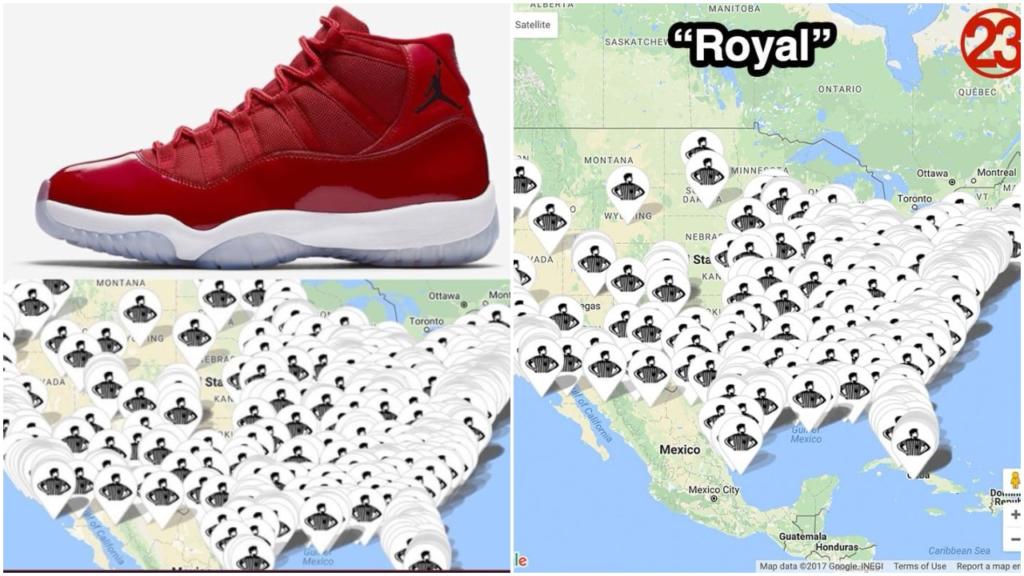 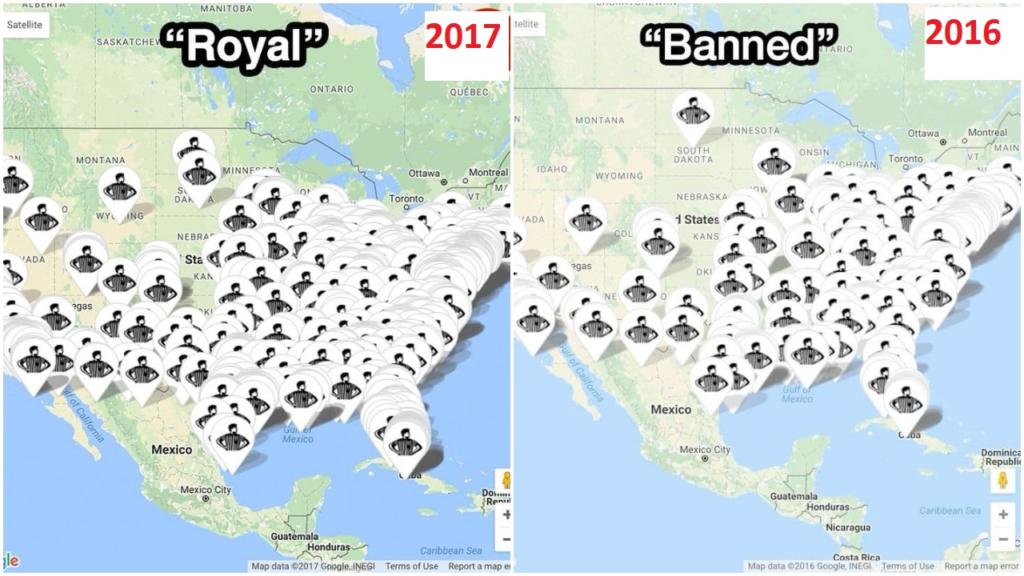 There you have it folks, 325,000 pairs made in the Jordan 1 Gold Toe. Once again, these numbers were purely based on my own assertions, do your own homework. I don’t think i’m off because the current market value of the shoe is  about $300+.

I had to update the post because Footlocker finally added the shoes on their Launch locator, so did Footaction and Champs, see screen shots below

If I’m assuming that the 130 HOH locations are getting about 24 pairs per store, we get a total of :

130 X 24=3120 pairs. Based on the maps above we can assume that Champs and Footaction are getting about 2/3 of Footlocker’s stock so both stores will be getting about

All those numbers are just for the physical locations. Let’s assume that the online shops will get about four times the amount the physical stores are getting, the result will be:

And Let’s not forget that Eastbay another entity of Footlocker will also carry the shoes online and I’m assuming their stock will be about the same as FTA and Champs online hence 8320 pairs. So Footlocker and its derivatives alone are getting about:

ENTER FOR A CHANCE TO WIN WITH OUR ATC SERVICE

You can also buy the shoes on eBay from our featured sellers, see listings below