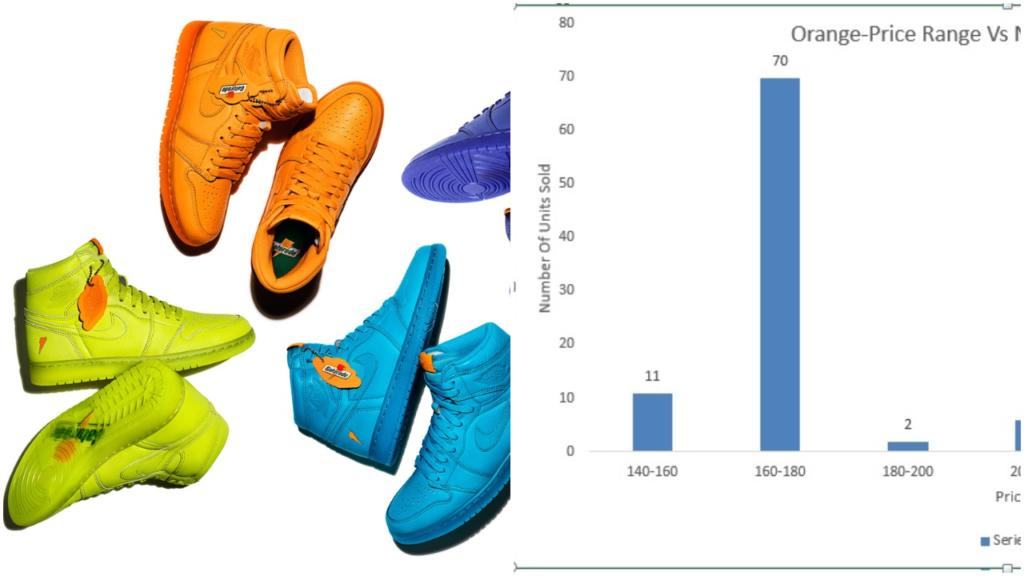 When Jordan Brand first released the official pictures of the Air Jordan 1 Gatorade collection, I burst into laughter. The shoes reminded me of popsicles and I thought for sure that they were going to be an outlet commodity within a few months. But I’ve been very astonished with how well they are performing.

When I went to check how they were doing on several online marketplaces, I was stunned. I collected sales data from eBay and wanted to give you a rough estimate on the shoes’s current market value, see histograms below.

You can clearly see from each histogram that the Lime gatorade 1 is the one selling the highest and there is a reason why- it was limited. When I checked the Footlocker launch locator, only four stores were carrying the lime edition. For those who don’t know the lime gatorade was the first one to be introduced by the company; the lime gatorade is what gave Gatorade the success it has today, so JB was pointing that fact by making them more scarce. As you can see, all the other colorways were selling above retail before the official release date and since they released, they are selling slightly below retail. Pairs that are selling for more than retail are bigger sizes ( 13 and above).

I’m assuming that by mid January, every color but the lime will be reselling for $180 or a little less. But here is what I foresee; within six months, each of the Air jordan 1 Gatorade will probably be a hot commodity so if you can stock them up and hold on to them, I definitely think they will gain in value in the near future.