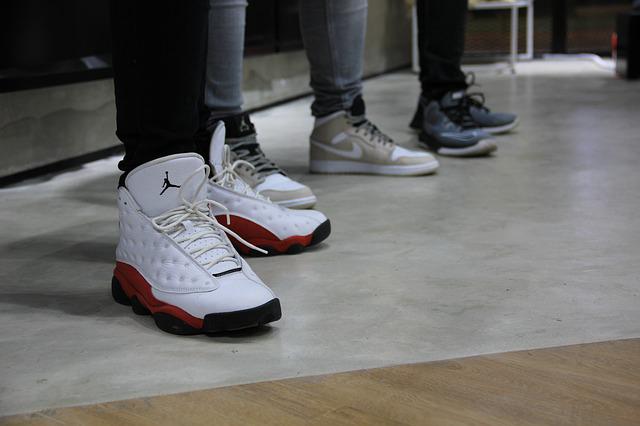 The sneaker industry would not exist without Michael Jordan and his Jordan brand. In the middle of the 1980s, His Airness inked the deal of a lifetime, and the basketball silhouettes with the iconic jumpman logo have captivated us all ever since.

If you want to add another pair of shoes to your collection, you may consider acquiring some Jordan retros. With so many options, determining which Jordan sneakers are worth your money might be tricky, but I’m here to assist. And I also have more great news for you as many commodities can now be purchased using cryptocurrency. In other words, you may buy Jordans online through crypto platforms like  Paybis. This gives you a lot of flexibility when it comes to spending your money, and means that you can get the things you want without having to worry about exchanging your currency.

Now let’s talk about what I believe to be some of the 5 best air Jordans  silhouettes to pick up as we wrap up the year.

The AJ1 is not just a stylish pair of sneakers, it is also a piece of history. It was designed by Peter Moore and debuted in 1985. Since then, it has been reintroduced in numerous styles and colors. The High Top 1 is still the style that sneakerheads and collectors covet most. It may not be the most cutting-edge or comfy shoe on the market right now, but because of its legacy and history, it is a must have. Having a pair of Air Jordan 1s means more to some people than just having a fashionable pair of sneakers; it also means having a part of history.

The original AJ 11 High was released in 1995 and is still among the franchise’s most iconic sneakers. The silhouette is continuously honored with more striking colorways, surprising collaborations, and nostalgic drops.

It is widely accepted that Michael Jordan was at his peak during the 1995–1996 NBA season, after coming back from his hiatus. He rocked the Jordan 11’s during that defining season and ended the year with his 4th ring. If that isn’t enough to persuade you to pick up a pair, perhaps the fact that the patent leather-covered featured in the original Space Jam movie would. One of the most underrated footwear in the Jordan Brand collection is the Air Jordan 13. The sneaker, created by Tinker Hatfield and first made available in 1997,  was inspired by  a black panther and featured a number of innovative design elements, including a hologram on the heel and Zoom Air technology in the forefoot. The shoe was also notable for its unique colorway, which paired black with red and white. The Jordan 13 proved to be popular with both basketball players and sneakerheads, and it remains one of the most coveted shoes in the Air Jordan line. One of the most recent Jordan Brand signature shoe is the Air Jordan 33, designed by Tate Kuerbis. The shoe’s design is innovative, and it was inspired by the F-22 Raptor fighter jet. Among the design aspects that stand out is the AeroKnit upper, which offers great comfort and breathability. The AJ33 is an attractive choice for everyday use because it is among the Jordan Brand lineup’s most comfortable sneakers.

Thanks to its combination of fashion, comfort, and cutting-edge design, the Jordan 33 is slowly becoming a staple in the Jordan line.

The  Jordan 6 was first released in 1991 and has become a classic sneaker and sneakerhead’s favorite ever since. The OG colorway of the 6 has remained the most popular over the years despite being available in other iterations. The very essence of the sneaker conveyed speed, refinement, and style. It also came equipped with a translucent outsole.

If you’re looking to start your Air Jordan collection, then you need to get your hands on at least one pair of these sneakers.