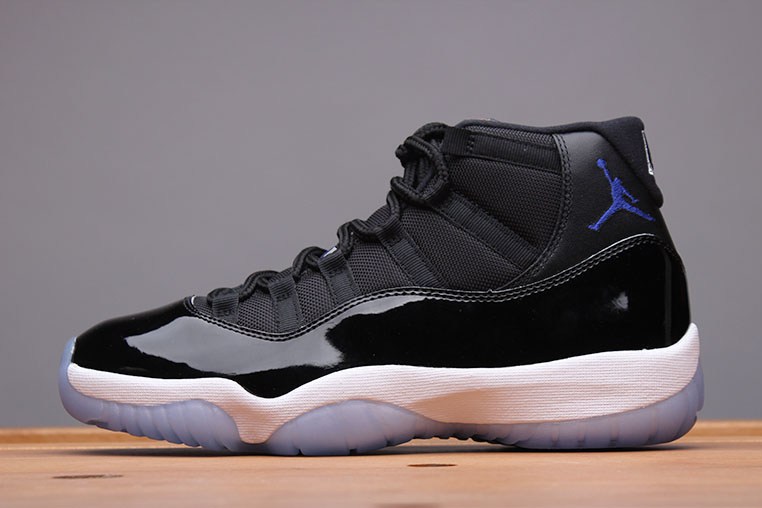 We are about four weeks away from the release of the  #45 Air Jordan 11 Space Jam; over the last month and a half, I have shared a great deal of information on early pairs that have flooded the internet. We went through something similar back in 2011 when the Jordan 11 Concord

released. Many individuals were so eager to get the shoes early, and  what ended up happening is that 99.9% of the early pairs were fake. The official sneakers had a milky toe while the early pairs had a clear one. Needless to say the pirate factories went ahead and fixed the fake pairs but still couldn’t get it right.  Ebay and many marketplaces were flooded with so many illegitimate pairs and it consequently caused the price of the authentic pairs to skyrocket on Flightclub ( they went up to almost $500). Finally, official pictures of the #45 Air Jordan 11 Space Jam have surfaced. Look at them thoroughly and make sure to use it as a reference if purchasing these from a non authorized retailer. One thing to carefully consider prior to purchasing the shoes is the height of the patent leather ( often times it is too high on the fake pairs). Another important thing to pay attention to is the position and shape of the “Jumpman” ( somehow the fake factories always get it wrong). You also want to look at the stitching, the material used on the inner liner, and the carbon fiber shank and the pods on the outsole- those are the main areas that usually have flaws. One other aspect of the shoes that most people disregard is  the packaging. I can assure you the 99.9% of the time, the fake shoes will miss something ( inserts, tissue paper, card, stamp number on the box, QC stickers,etc). These are just preventive methods, the best way to avoid a fake pair is to buy from an authorized dealer or a Trusted Seller. Take a look at the official packaging below. I have also included a list of Trusted Sellers you can purchase from, see table below