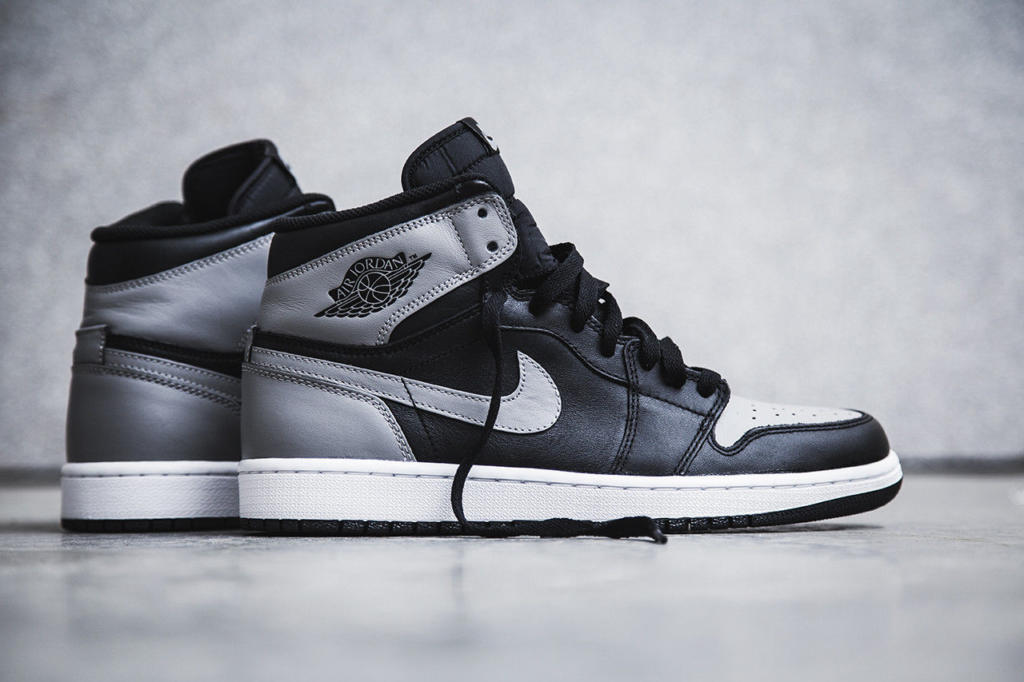 We received news of the official release date of the 2018 Air Jordan 1 shadow yesterday- they are scheduled to drop on April the 14th. They were originally released in 1985 and made a return in 2013. They come in a black and grey color combination and feature premium leather materials. I know at this point the question on every sneakerhead’s mind is: how many pairs is Nike going to make and will I be able to get my hands on it? Nike has been employing a very effective strategy with its most sought after sneakers and I believe the same will apply with the shadow 1’s. If you haven’t heard about the brand’s Edit To Amplify campaign, then let me reiterate:

A good way to predict the future is to look at the past. The Bred Toe 1 is going to be our guinea pig in this case. I wrote a post a few weeks ago attempting to come up with the number of units of the Bred Toe 1 Nike produced, and ended up with 975,000 pairs, see link below to read the entire post

Air Jordan 1 Bred Toe How Many Pairs Made & Market Value?

I know I’m not off with  my estimate because stores that I visited confirmed it. I’m definitely convinced that Jordan Brand will probably produce more pairs of the Air Jordan 1 Shadow. Why? The brand might have been a bit more conservative with the Bred toe 1 but I don’t think they will hold anything back with the shadow edition. Here are my reasons, it’s a black shoe( that’s a win already ), and the current resale value of the 2013 version will blow your mind , $400+. So why would Jordan brand not release a substantial amount? They will sell out instantly and that’s a guarantee. With that said I’m assuming Nike will produce about 1,000,000+ pairs and they will still sell out even in kids’ size for the reasons I gave you above.

What Does The Inflation Say?

Some of you might wonder if you’re paying too much for the 2018 release. So let’s see what the inflation say about that. When the 2013 edition release, its retail price was $140; according to the CPI calculator, you should be paying about $152 for the 2018 Air Jordan 1 Shadow. The suggested retail price is $160 ( you’re basically paying $8) so I wouldn’t be too concerned about overpaying for the shoes.

They are definitely going to sell out quickly and they will have a good market value so gird your loins.