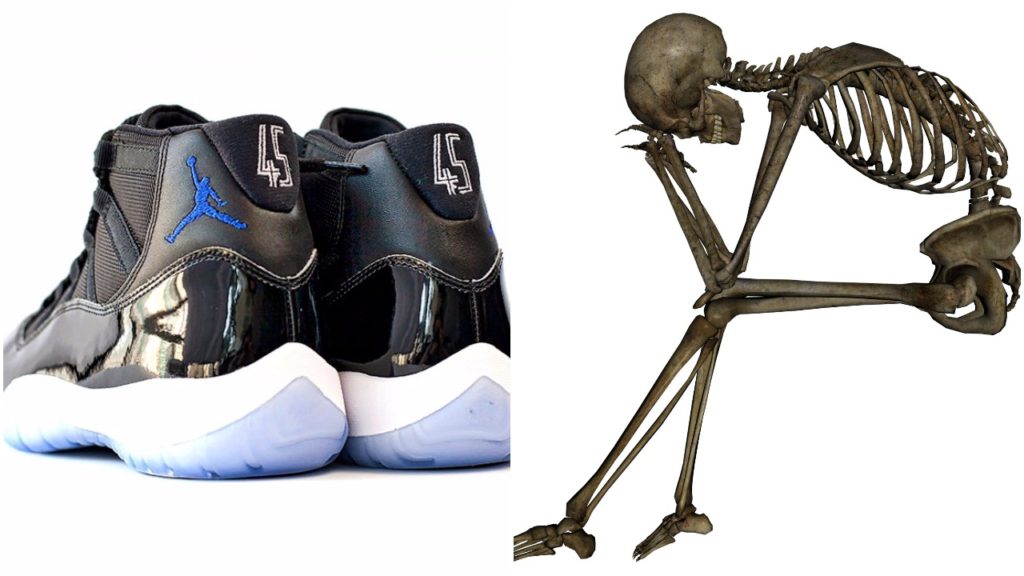 Five years ago, around this time , the Air Jordan 11 Concord

was reissued and caused a ruckus country wide . Several riots took place in shopping malls; stores were vandalized , people and delivery trucks were robbed . It was a game changer; since then, Nike and JB have struggled with figuring out ways to manage their release procedures ; the online method has proven to be a failure with the introduction of sneaker bots. The next thing introduced, the raffle system was also very ridiculous because most store raffles were rigged.

It was heaven on earth for resellers who were thriving because they had an edge – being able to bribe store managers and get early access to inventory, sometimes paying people to stand in line for them, or literally abusing the bots to get full size runs of sneakers. Everything changed when JB realized how much money was generated in the resale market- the company gradually increased the retail price of its sneakers. The concord 11 was priced at $180 (which we were complaining about at the time). Are you ready for this ? The 2016 space Jam 11 suggested retail price is about $220 before tax; this is about a 22 % bump in the last five years .

The interesting part is JB is the biggest winner in the grand scheme of things . Last week , several Nike outlets were flooded with the Jordan 11 Legend Blue

Not only is JB bumping up the price of its sneakers but the company is also producing more units – I believe about 1 million pairs of the 2016 Jordan 11 space Jam have been made. Most people are thinking $189.99 is a great deal, which in fact is true given that the original retail price was $220; but in 2011, the concord was priced at $180. There is still a $10 difference there so Jordan Brand has definitely figured out a way to deceive the consumers and maximize its profit.
The direct consequence of the price increase is that Resellers profits’ margin have severely been reduced, which has led to the falling off many third party sellers. Consumers are now aware of the massive number of products being manufactured ( they can easily track down the inventory using the Launch Locator via Footlocker). There are a growing number of sites  that lobby outlet deals to the consumers, and the aftermath is terrible for the third party merchant whose only option is to reduce the price of his/her sneakers or get stuck with a large inventory.
Make sure to check out our Projection series– in it we basically study the resale value of upcoming shoes on a weekly basis with live data. So far this year, all but only a few products had a good profit margin and NONE OF THEM WERE JORDAN RETROS.
If you are a third party merchant who specializes in Jordan Retros only, it’s about DARN time to hang up the gloves my good friend.

For those that want to buy the Space Jam now, they are available on ebay, see listings below