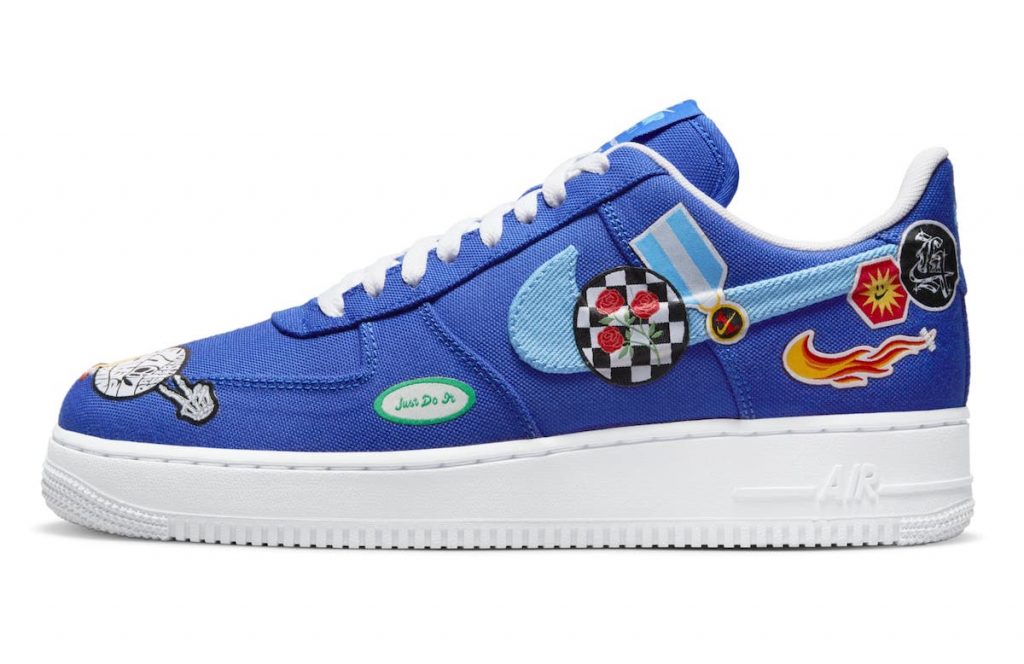 First debuted in 1982, the uptown was one of the first basketball shoes to feature Nike Air technology. The shoe was an instant hit with players and fans alike, and it has been in production ever since. In addition to its comfort and performance benefits, the Nike Air Force 1 has also become known for its wide range of colorways and style options. The Nike Air Force 1 Low Los Angeles is just the latest example of how this silhouette can be adapted to represent different communities and cultures.

If I may take a crack at it, I believe the Air Force 1 Los Angeles draws inspiration from several classic LA landmarks, including Venice Beach and Santa Monica Pier. The blue upper is probably meant to represent the ocean, while the Light Blue Swooshes may be recalling the sunny skies of Southern California. The patches on the shoe are most likely a nod to famous LA attractions like Grauman’s Chinese Theatre and Mel’s Drive-In. Even the white laces are certainly meant to evoke images of Hollywood Boulevard. Taken as a whole, these details come together to create a sneaker that captures the essence of Los Angeles.

If you’re interested in grabbing a pair, refer to the details below

Where To Buy The Nike Air Force 1 Low Los Angeles

You may also purchase it on eBay from our featured sellers, CLICK HERE

The  Air Force 1 Low LA certainly pays tribute to one of America’s most iconic cities. With its Blue canvas upper, Light Blue Swooshes, and array of LA-themed patches, the shoe encapsulates all that is great about Los Angeles.