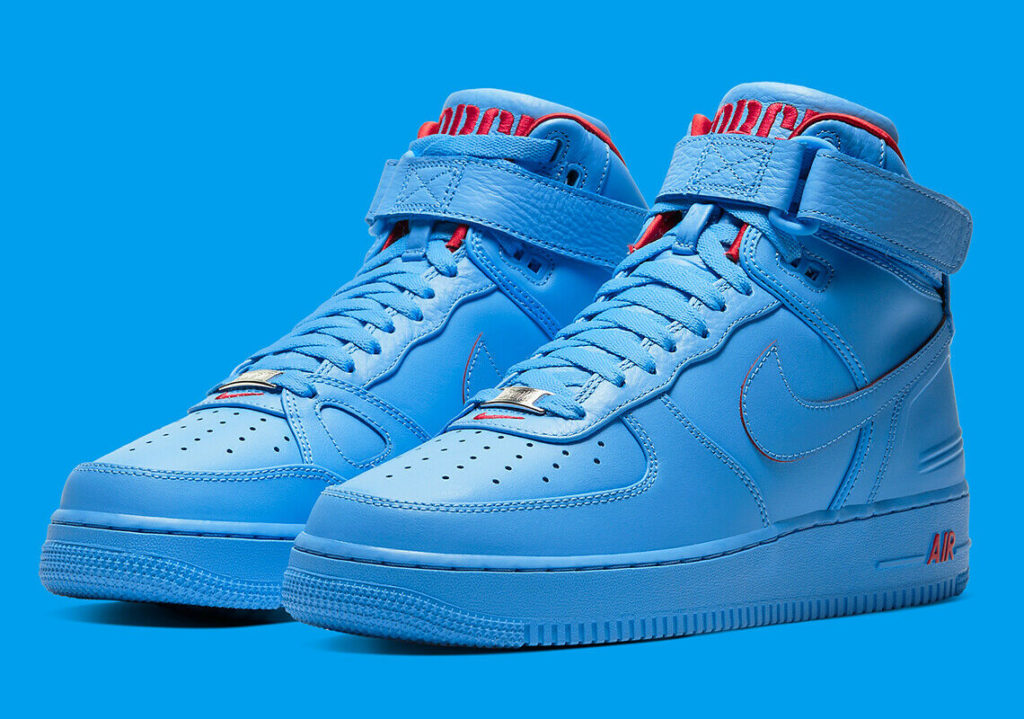 I haven’t been able to keep up with all the scheduled releases for the All Star Festivities. Nike has pretty much overshadowed all the other brands since the month of February started. So far the most, sneaker lovers have been treated to the AJ1 New Beginnings, AJ 1 High 85  Varsity, AJ1 UNC To Chi. Another limited sneaker that is making its debut during the All Star Week End is the “Just Don Nike Air Force 1 High”. 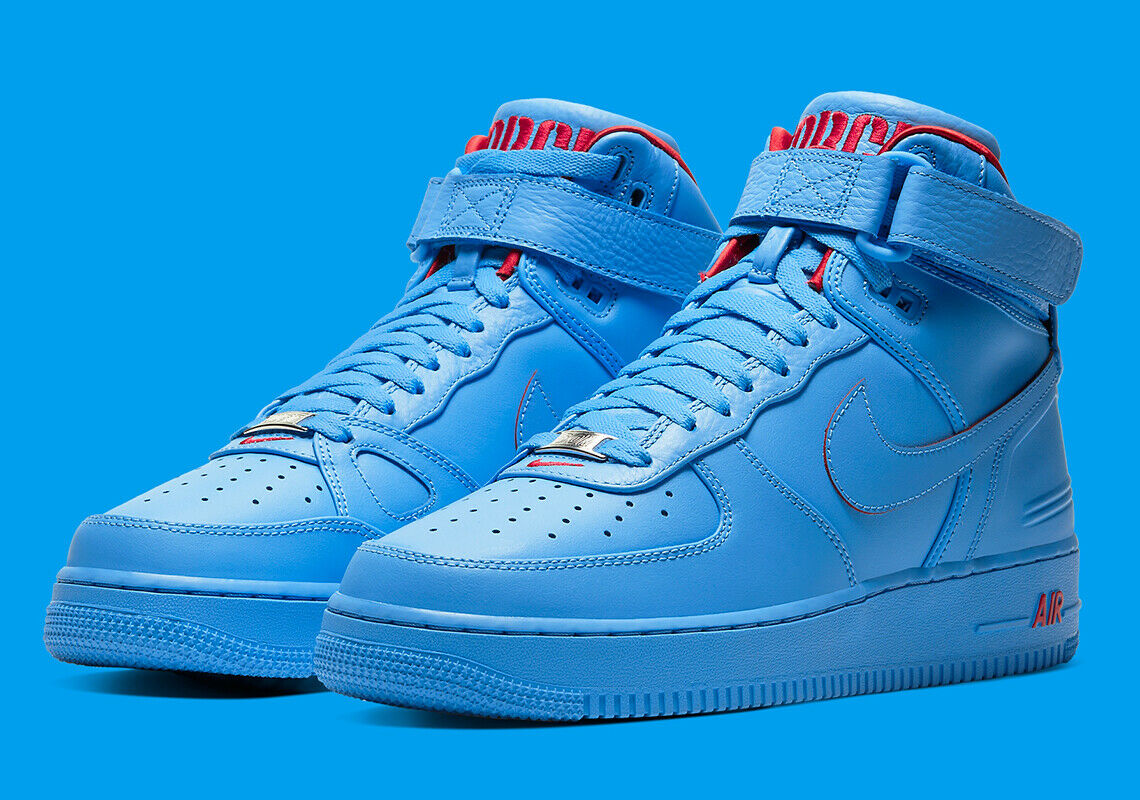 The shoe was primarily made to honor  Chicago ( the home city of Don C) using the city’s flags colors,  two blue bands and four red stars. This hybrid version of the AF-1 mixes elements of Nike Air Force 1, Air Force 2 and Air Force 3. It features an all blue premium leather upper with  a blue sole an almost monochrome rendering . The “AIR” logo of the midsole, the “Just Don” embroidered in red on the heel, as well as the mini swoosh provide contrast. Additional details include  Chicago’s flag on the inside of the tongue,  Just Don” branding gracing the back tab and the metallic dubrae on the laces.

RELEASE DETAILS: Where To Buy? 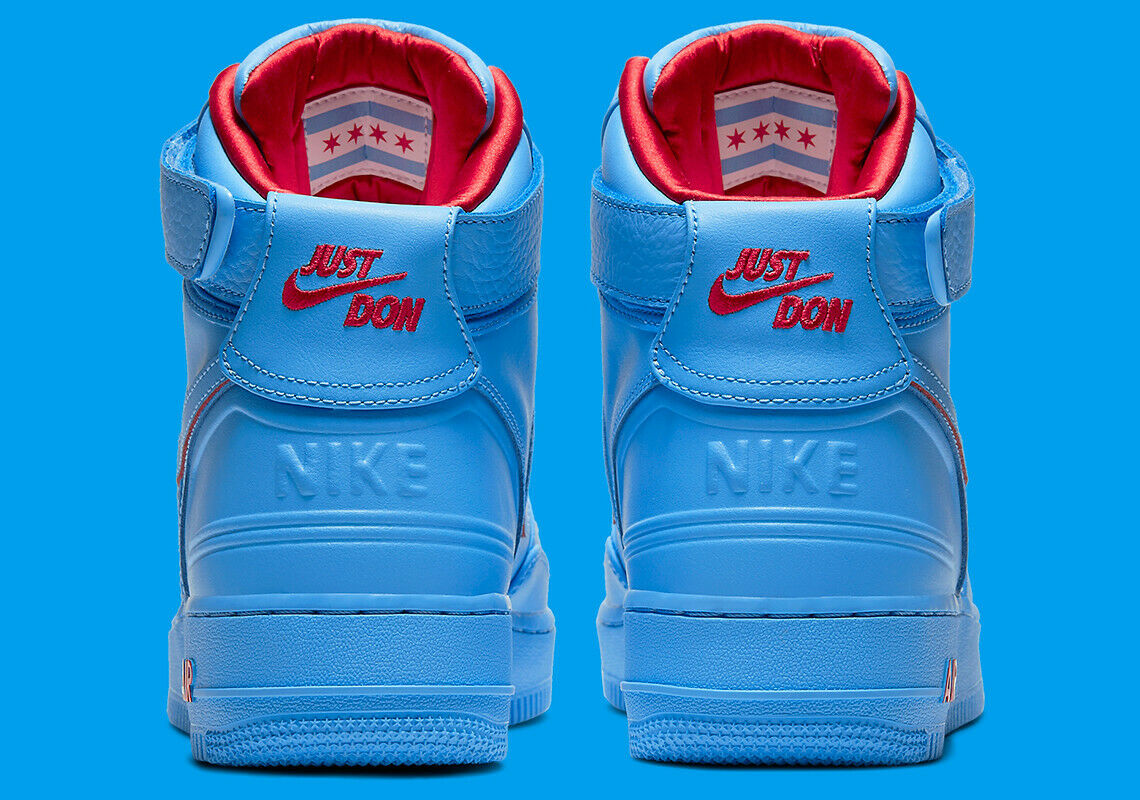 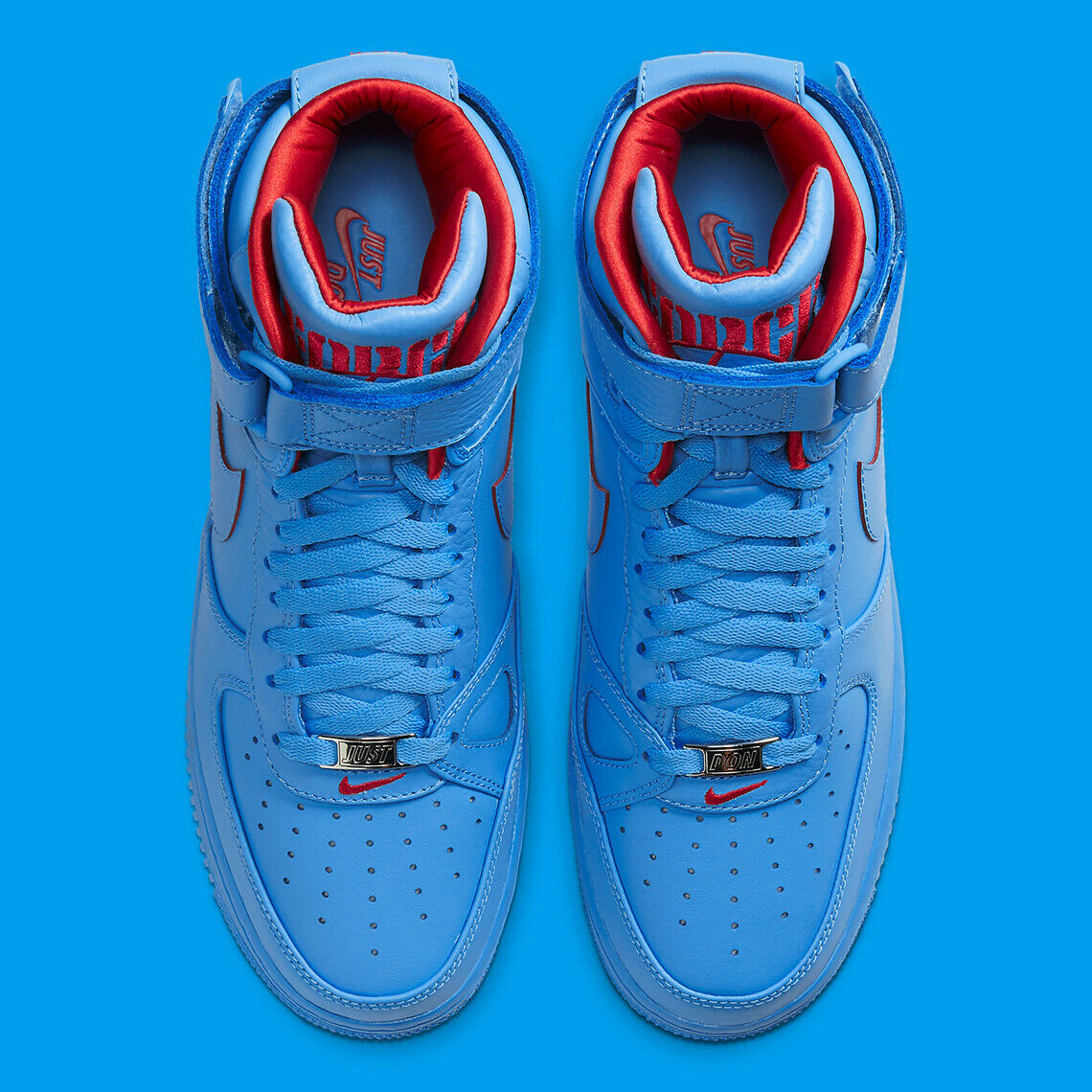 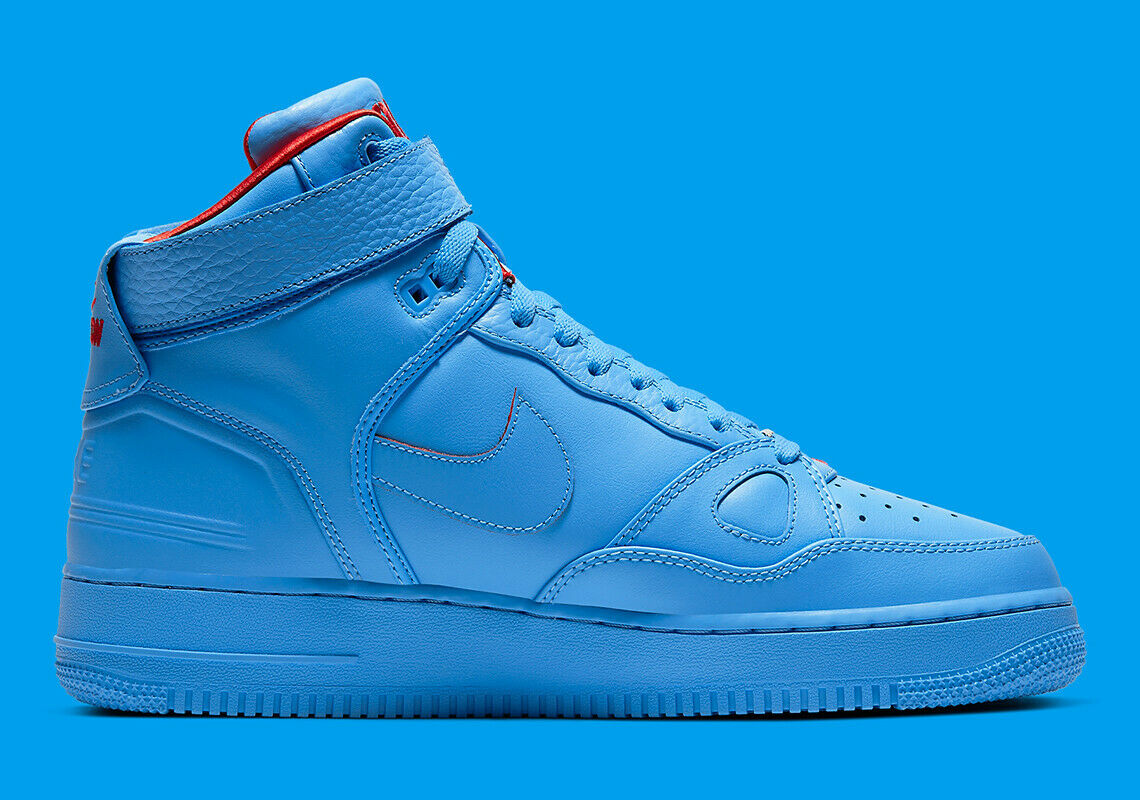