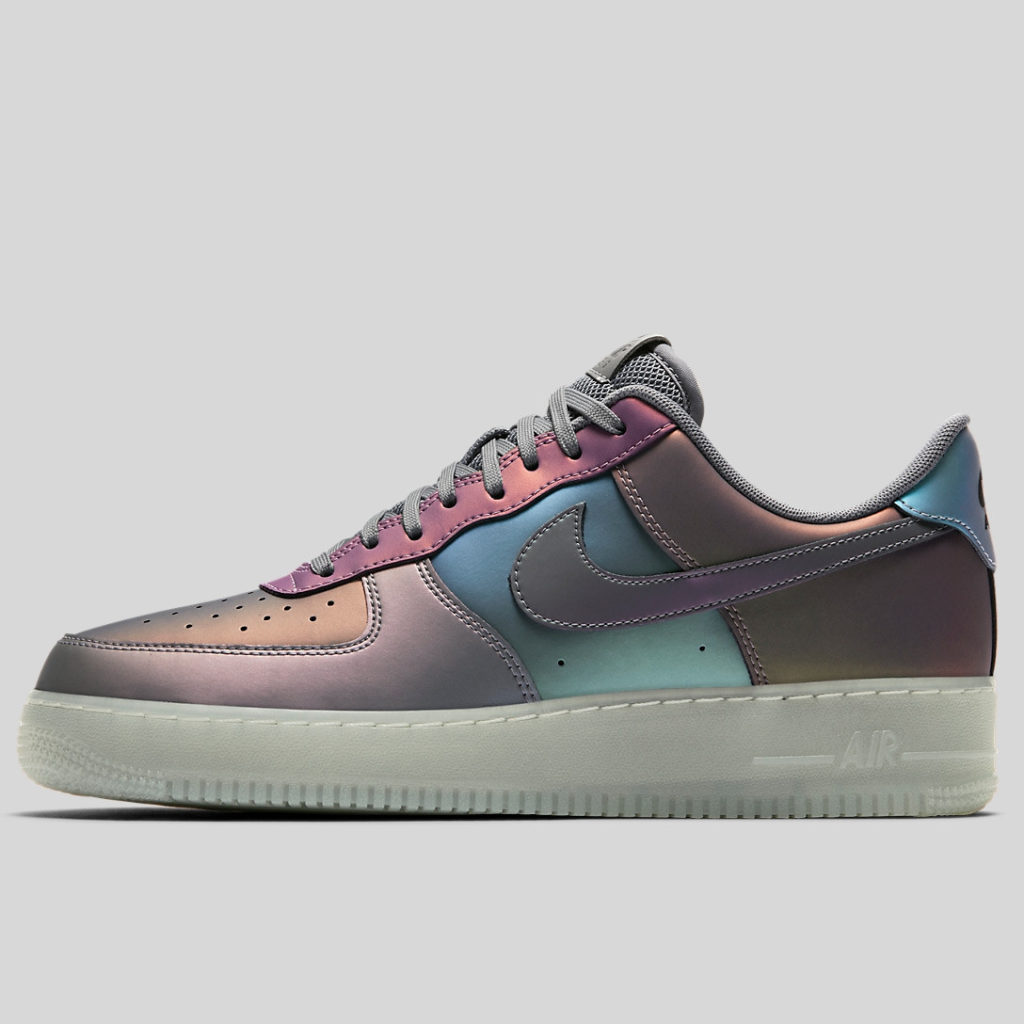 For the longest time, I thought the air force one line was dead; Nike has undoubtedly obliterated the AF1 to some extent with releasing so many colorways. I would literally walk in a store, see a new AF1 and couldn’t even tell you when they were introduced. But Nike’s knack for reviving shoes has displayed itself with the release of two of the most underrated Af1 last year: the Desert Camo & Jungle Camo editions. The brand is at it again with the upcoming Nike Air Force 1 One Iridescent 718152 019. 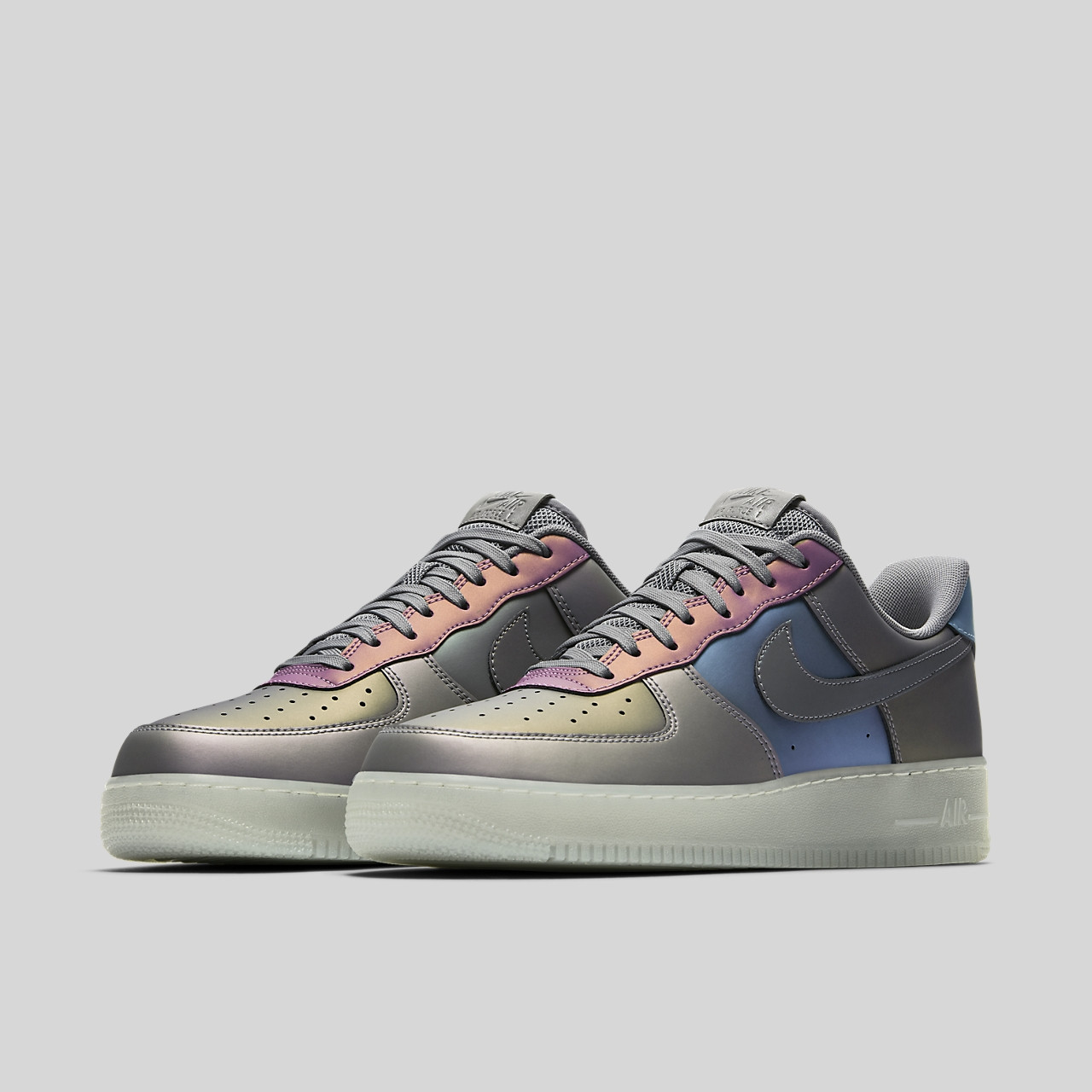 The shoes come in an iridescent upper and feature a three layer smooth leather upper. The customary Nike logo will come in grey on each panel; additional logos will be featured on the tongue and the back of the shoes.As with every AF1, this model will have a perforated toe box and mesh tongue for a ventilated comfort. With a double density collar and encapsulated air units at the sole, the shoes are definitely one to add to your collection if you’re an avid AF1 lover. I’m not sure when they will release in the US, so stay tuned for further release updates. They are however available on eBay for purchase immediately, refer to the listings below. 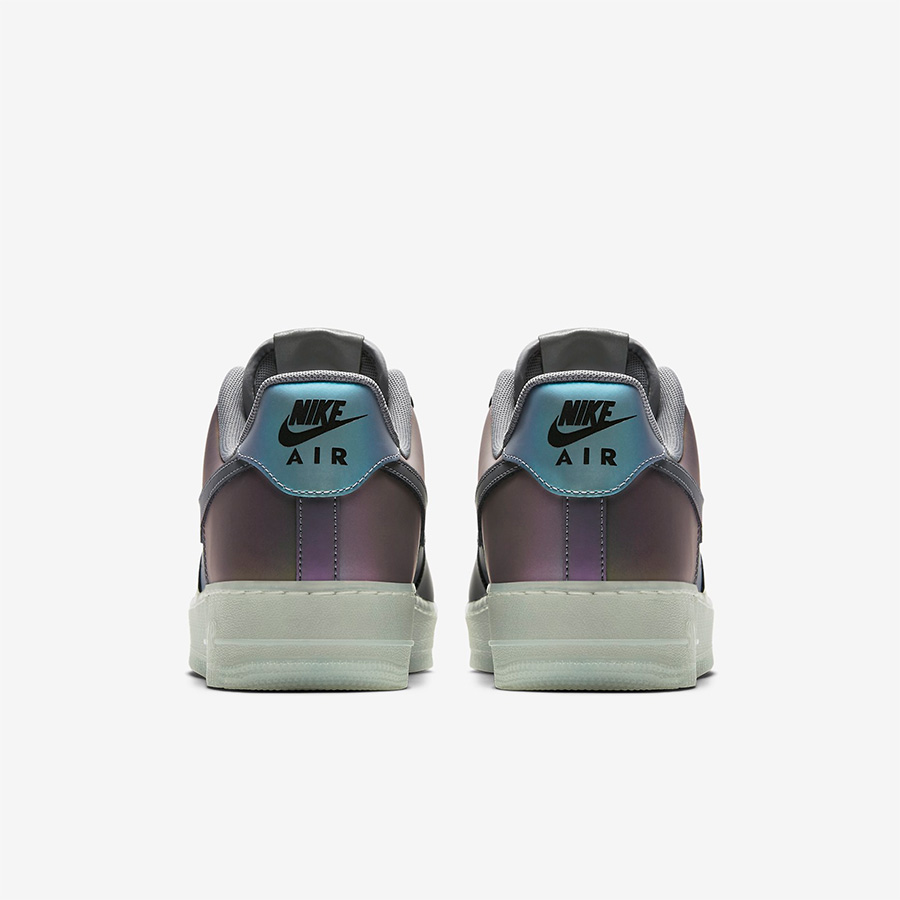 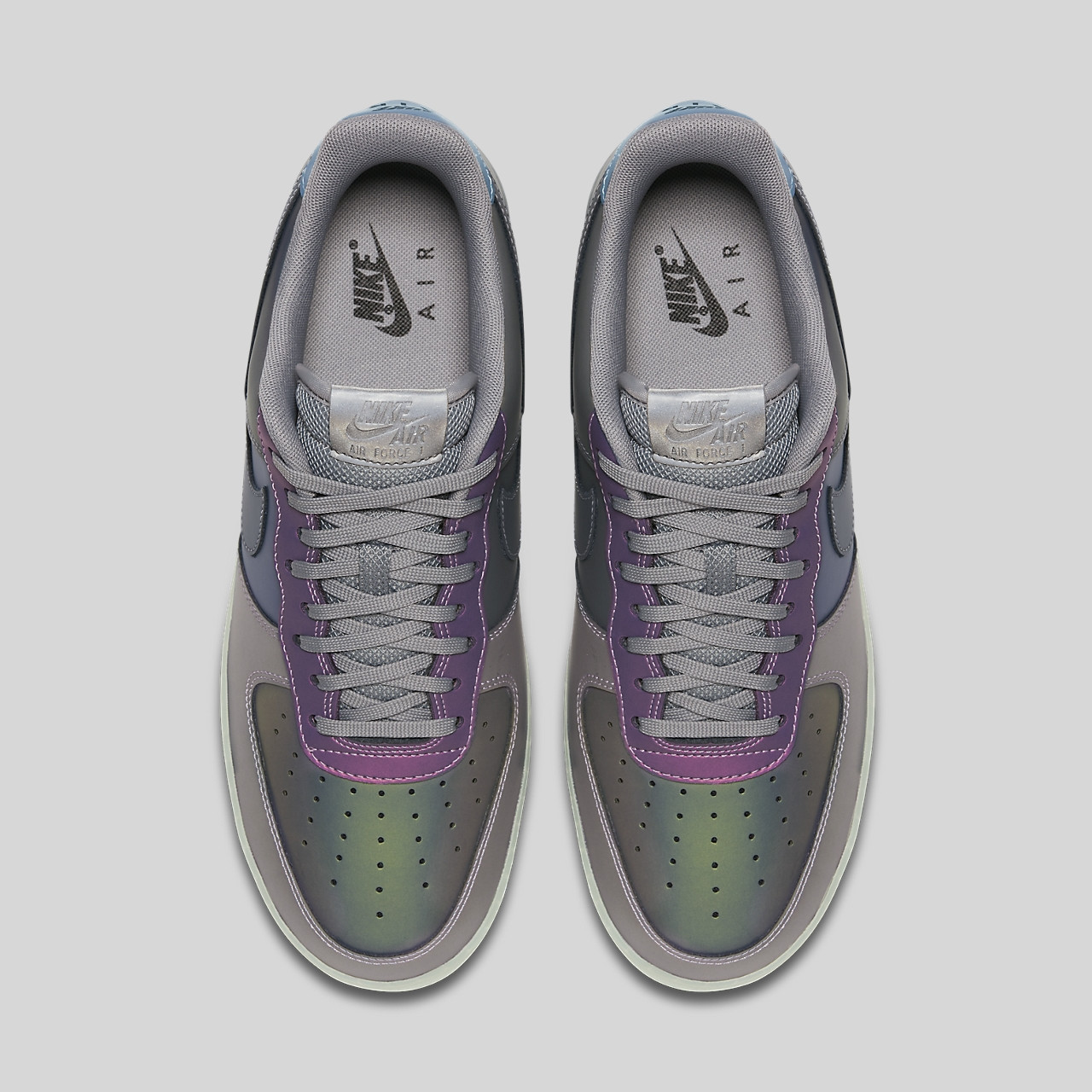