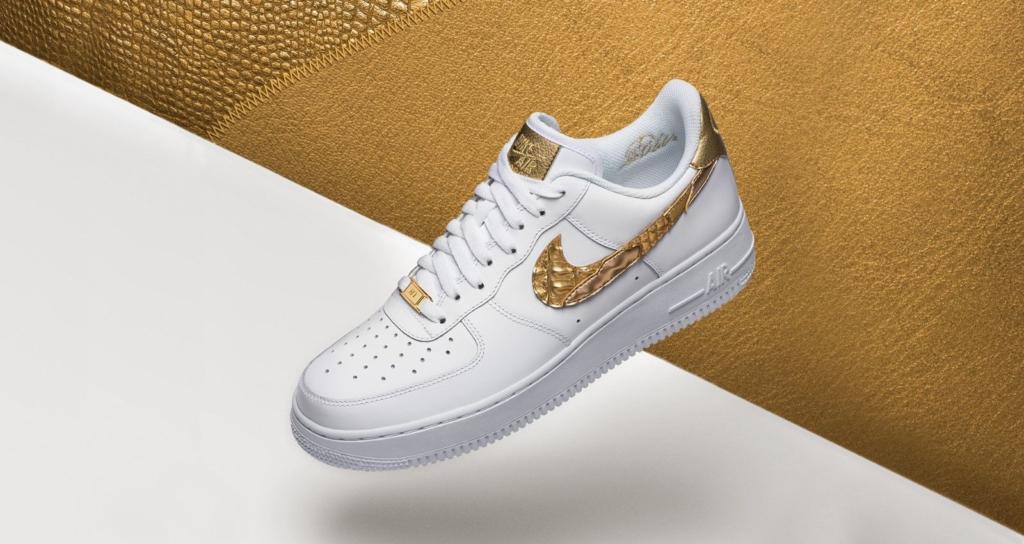 Up to this day, the only Ronaldo I’ll acknowledge is the original Ronaldo from brazil. He was and still is in my book the best striker Brazil ever produced. I’m sure many will mention Pele; but true soccer fans know how amazing Ronaldo ( from Brazil) was. Anyway I don’t want to make this post about him but I just felt compelled to put it out there. Portugese striker Cristiano Ronaldo is the first European player to win the Golden Shoe award four times.

Ronaldo grew up in Portugal, one of the poorest European countries; growing up he supposedly only had two sneakers, one for soccer and the other for regular wear. And because he loved playing soccer so much, he used to literally get holes in his shoes and would have them patched up by his mother. The Nike Air Force 1 golden Patchwork pays tribute to Ronaldo’s mother’s hardwork. The shoes feature an all white upper with a gold swoosh logo on the sides, heel tab and the outside of the tongue. Additional features include a perforated toe box for ventilation purposes, invisible air units for maximum cushioning.

Buy it from Nike-click here