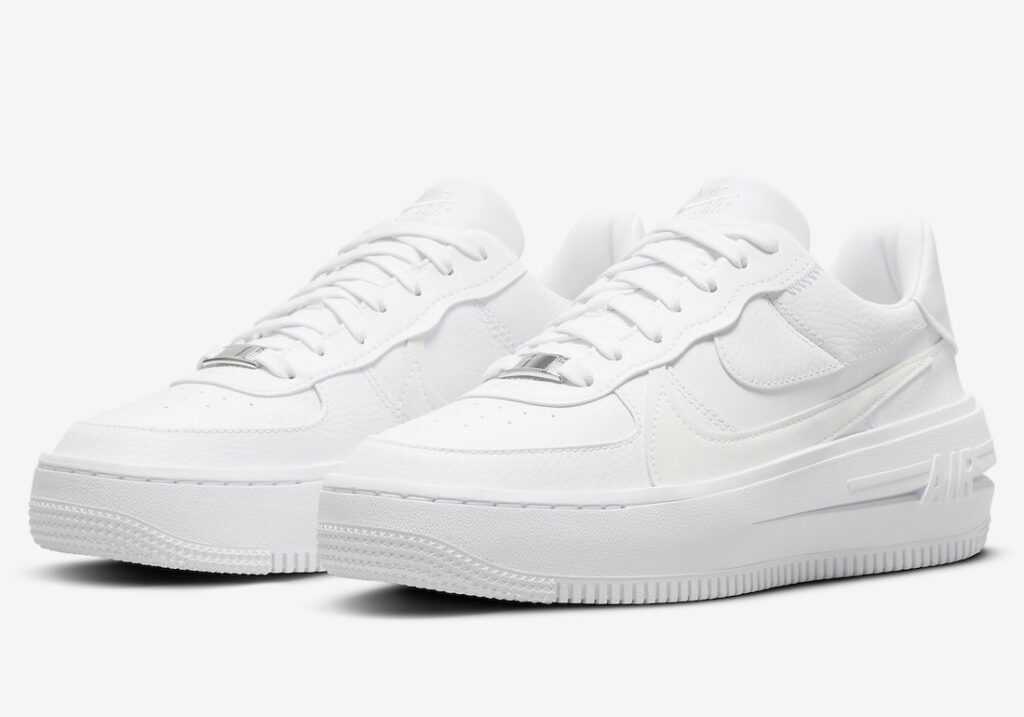 In commemoration of the legendary silhouette’s 40th anniversary, Nike has just announced their newest addition to the Air Force 1 collection, the Nike Air Force 1 PLT.AF.ORM. For a modern style, this revised version of the traditional sneaker features a deconstructed top and a low profile. It’ll be available only for women and will include tumbled leather and cut-out Swooshes for a unique and fashionable aesthetic, while the newly detachable midsole delivers increased comfort and support. The AF1 PLT.AF.ORM is ideal for anyone who wants to stand out from the crowd thanks to its timeless look and modern functionality.

Look below for official photographs of the shoe, which will be available in the coming weeks at select shops and on Nike.com for $105.

If you plan on picking up a pair of these Platform AF1’s I will strongly suggest that you watch the video below, in which Youtuber Rose Anvil the entire make up of the shoe.