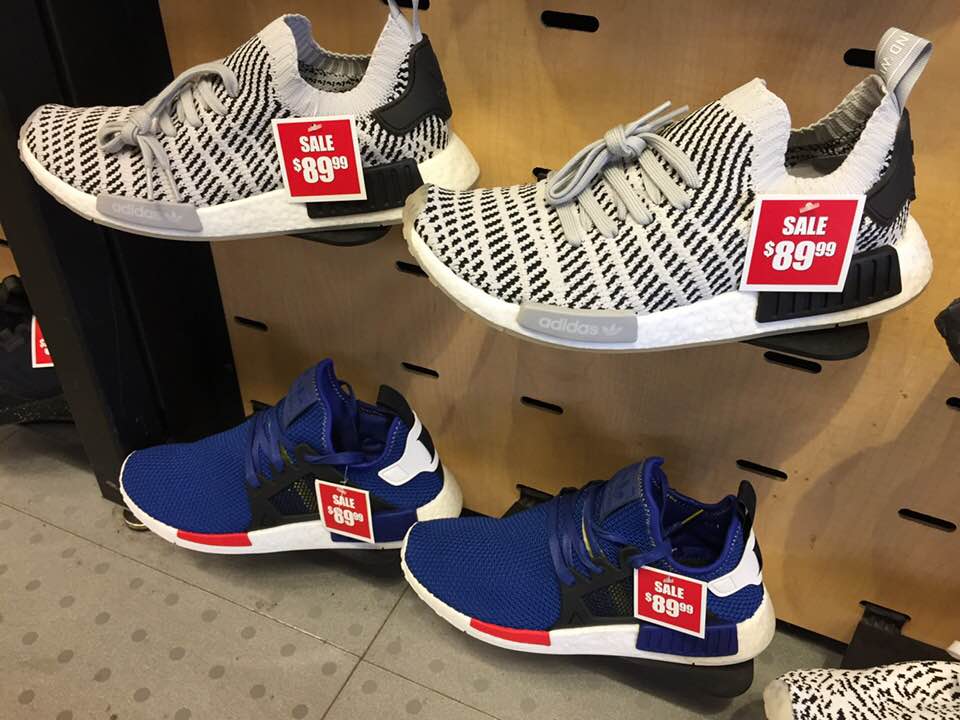 The Adidas NMD has finally reached the dinosaur stage and I’m making this assertion boldly. I’ve already written several articles about the imminent death of the NMD sneakers and this is probably going to be my last post on the topic.  Friday morning I went to my local mall to pick up a pair of the navy blue  XR1 NMD at DTLR. Now remember that their contract with Nike and I’m assuming with Adidas as well doesn’t allow them to do RTV’s ( Return To Vendor), so they are obligated to mark down their sneakers to probably the lowest prices on the market, even lower than eBay. Allow me to go off track for a minute;  retailers don’t cease to amaze me. DTLR for example has shoes in its outlet locations that are 20% to 40% cheaper than the prices on third party marketplaces but for some odd reasons, the company doesn’t make those products available in its online store. Don’t ask me why, it’s an archaic mindset that will never change.

Back to the post now; so I was saying that DTLR probably had some of the lowest  prices I had ever come across. But on Friday the narrative changed- Footaction’s shelves were loaded with  the cheapest NMDs in the mall. And I’m not talking about the regular styles with mesh materials but the ones with a  premium primeknit construction, see pics below
The Sahisko’s were originally priced at $170 and they are now marked down to $89.99

( basically a 47% reduction). I’m not sure why Adidas still insists on releasing more NMD’s. The brand should stop producing them but the problem is that every other shoe they’ve put on the market is a spin off of the NMD silhouette. The EQT’s  for example are doing worse than the NMD’s at the moment. Adidas hasn’t found the perfect substitute for the NMDs yet and they may never find it. Meanwhile Nike has bombarded the market with so many shoes one can’t pass up that Adidas is being overshadowed. I have to literally make a conscious effort to write about Adidas and when I do it’s often not exciting at all.  When it comes to lifestyle sneakers, Adidas needs to stick to more collabs and Yeezy’s ( still a slippery slope) and capitalize on the FutureCraft 4D.

How Is The Adidas NMD Sneaker Faring Now? Plummeting?