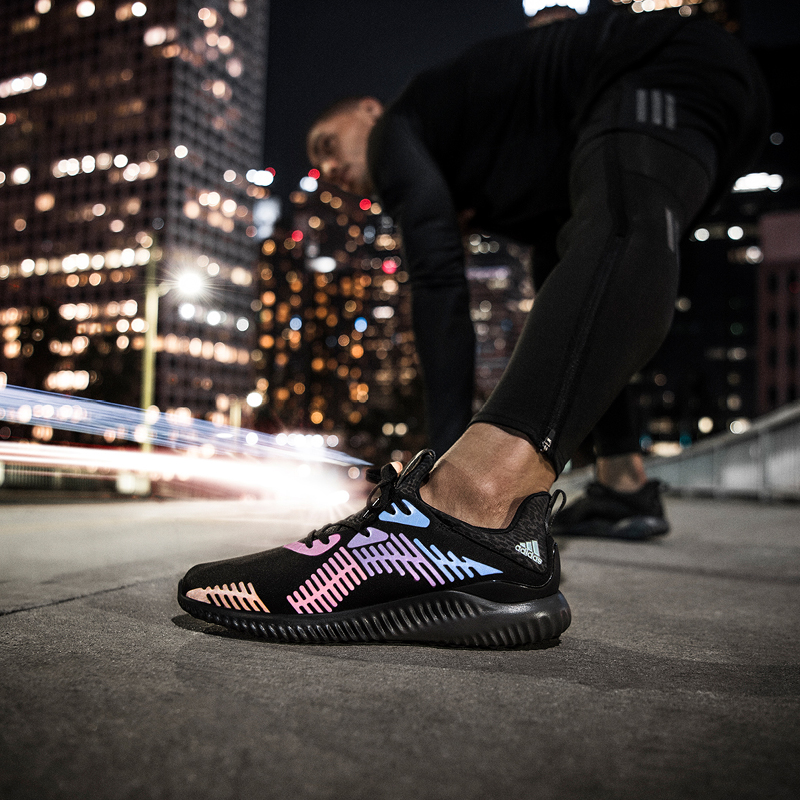 have pretty much stolen the show this year as it pertains to running shoes- the secret behind the success of both of these runners is the boost technology: a responsive soft cushioning that makes you feel like you are walking on clouds. But right behind the UB and the NMD, is the alphabounce model, introduced in June of 2016 if I’m correct. The shoes were an instant hit and since then, several colorways have been released. On November 25, the Adidas Alphabounce Xeno will officially debut; the ZX Flux

was the first model to receive the Xeno treatment back in 2015 during the all star week end. 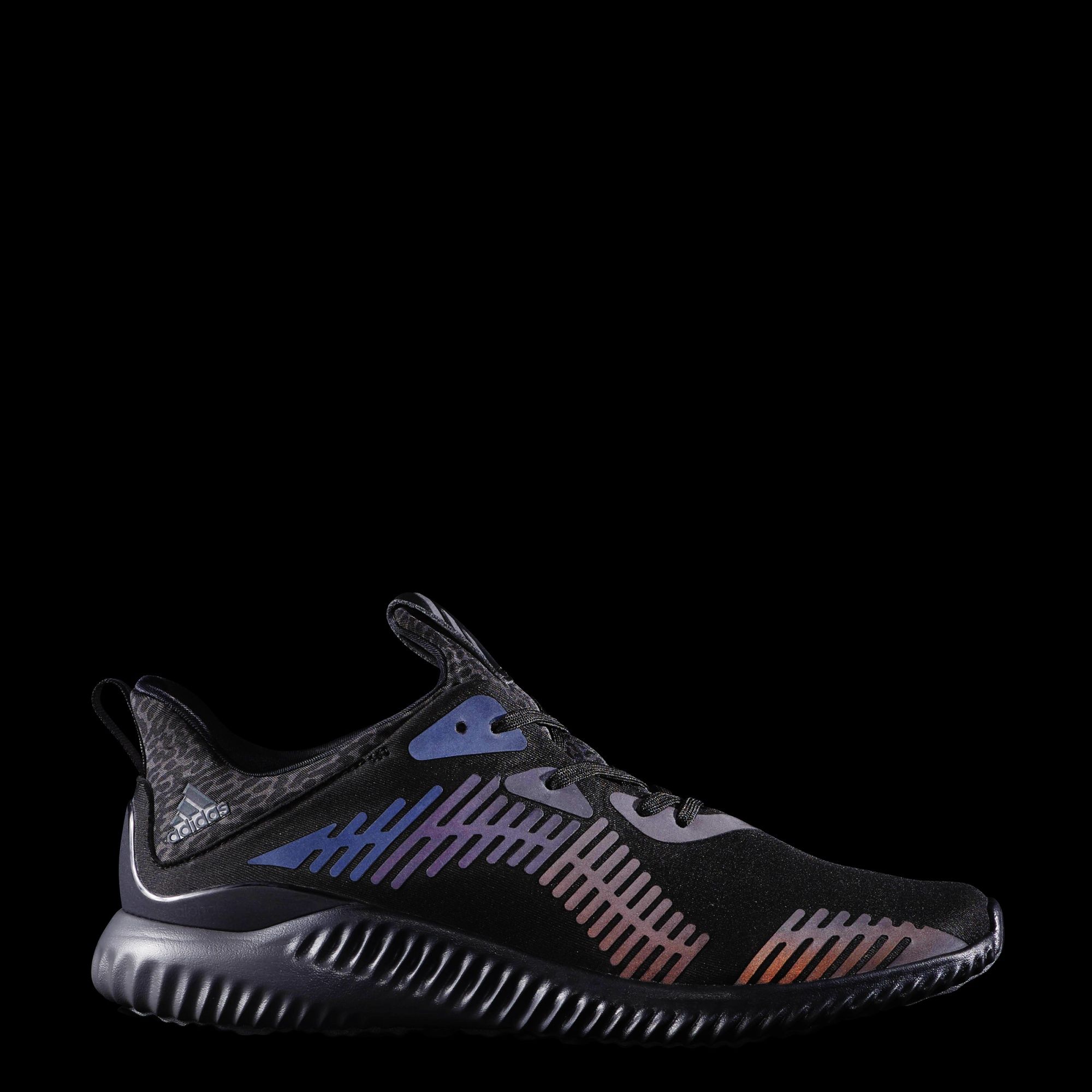 The shoes feature an all black neoprene mesh upper for lightweight, comfort and breathability purposes. Adidas branding occupy the outside of the tongue and heel. The bounce technology on the midsole is a more firm, responsive cushioning with an incredible impact protection property- definitely engineered with runners and basketball players in mind.

Xeno, in Greek means alien,foreign or strange, and that’s exactly what you get with these shoes; not only are they reflective but they also showcase a wondrous variety of colors when hit by the light.  They will be also available in men’s, women’s and kids’s sizes, see details below.