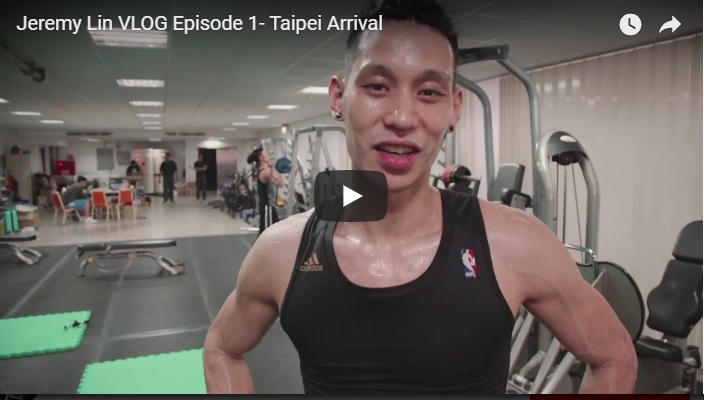 Jeremy Lin became a sensation a few years ago when he went from being an irrelevant bench player on the Knicks roster to filling out basketball arenas and bring forth Linsanity. Many might say that it was short lived but they are absolutely wrong. I actually commend Jeremy Lin for what he is doing currently; he understood his impact on the Asian community and seized the opportunity to share his life via his Youtube. He went down this season with a knee injury on opening night; the tears in his eyes said it all as he stood there holding his knee. You could tell he was very disappointed with the injury because during the post season his fans were able to see his dedication to the game of basketball through his preseason workouts. They were going to grow with him on this journey and I think to some extent he felt as if he let many people down. But that’s the reality of sports, injuries happen. Today I woke up to seeing that he is back on Youtube sharing his Taipei tour with his fans; you can see that he has been working very hard to get in excellent NBA shape and according to Lin,

Hey guys…I am going to be vlogging throughout my trip in Asia for the next two weeks. Let me know if there are any must-dos while I am here! ChangHua and Hualien are next!

Jeremy Lin is signed with Adidas and we all know that their basketball line has been overshadowed by Nike’s signature shoes. Nike has always done a phenomenal job with their signees, they recently shared a video paying tribute to Lebron’s Chosen 1 Tattoo. What I’m trying to say here is that without Youtube, I would’ve never known that Jeremy Lin was touring in Asia. What Am I implying? Adidas hasn’t shared anything about it, at least not that I know of and that’s terrible. This is a golden opportunity for the brand  to connect with Lin’s die hard fans; I get it, they’ll buy the shoes anyway but wouldn’t it be great if Adidas was more involved? The competition is more fierce than ever and to survive in this current market, brands are going to have to adopt non traditional campaigns to reach consumers. Right now Jeremy Lin’s tour has to be one of Adidas’s main focus for the next couple of weeks. I’m done yapping about it, check out the video below