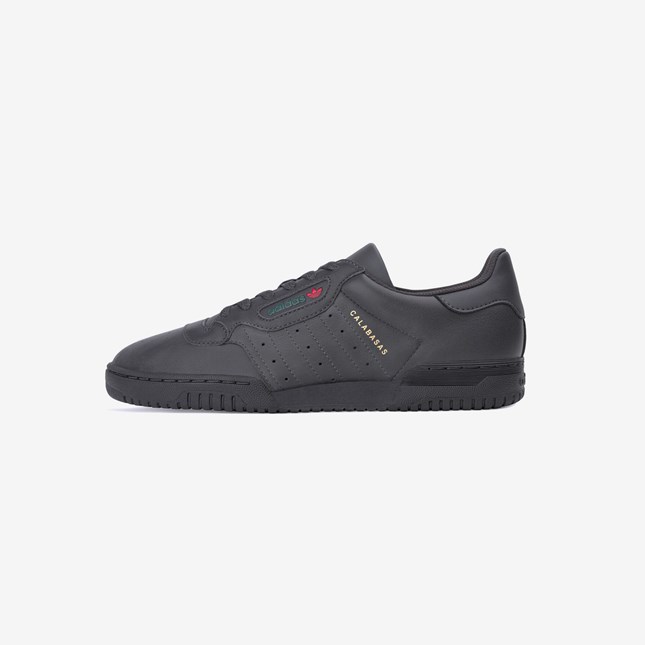 The Adidas Yeezy Powerphase Core Black is officially launching on March the 17th. I still think these shoes are a complete gimmick; they are a spin- off of the Reebok Workout. I’ve enjoyed writing the ” How Many Pairs Made” posts, but most of them only tackle Nike’s products. Today I decided to do one on Adidas with the Yeezy Powerphase as my guinea pig. Adidas made it easy for me because they release the entire list of stockists getting the shoes worldwide. I would only focus on North America though. All I have to do is estimate the number of pairs each store is going to be allocated and multiply that the total number of stores.

I’m assuming that the Powerphase will run from size 5 to size 13. And I don’t think Adidas will massively produce these shoes for fear of ruining their appeal. Hence each store will probably receive about one pair of each size. Every store will probably be given about 18 pairs in total. I counted about 97 stores in the US, so the total for the USA will probably be

When I say 2000 pairs, I’m referring to North America alone.

I only recorded one sale on eBay so far and this isn’t enough data to make an accurate estimate of the current market value. I might lean on data from the Core White edition. It’s a known fact that black shoes for the most part sell better than any other colors ( they are easier to wear).

The Core white edition has a price range that falls within $200 and $300 so averaging these two numbers lead to $250. This colorway came out a few months ago so I’m assuming that the Core Black edition’s market value will fall within the $180 to $230 range. You can go on Adidas.com to see the list of stockists of buy them from the featured eBay sellers in the listings below