The Adidas Yeezy 350 V2 Static is releasing in about three days and this version apparently doesn’t have any reflective properties. My task this morning is to come up with a possible number of pairs produced and what I usually do with this projection is check the Store Finder via Adidas to see the number stores worldwide that have been allocated an inventory at the except the USA. For the Sesame 350’s I counted 618 stores and for the recent Semi Frozen edition, that number went down to 590. And this morning when I did the same thing for the Yeezy 350 Static, the number went down to 568. So there is a linear relationship that can be established and we can see that Adidas is slowly trimming down the the number of allocations. What I’ll do is find an equation to estimate the number of pairs of the Static Yeezy made based on the previous two models ( Sesame and Semi Frozen). I’ll also do it the regular way ( based on my assumptions ) and compared the two numbers.

So for 568 stores , the total number of pairs produced is:

2.Now let’s do it based on our usual assumptions

so there is a difference of roughly 6000 pairs. All these numbers are directly related to the assumptions I’ve set so take it with a grain of salt. I’m just trying to paint a picture of what folks can expect.

I always start by checking how the shoe is doing on eBay and when I checked it this morning, I only recorded about four sales, see screenshot below ranging from $307.90 to $389.99 ( you can see the sold listings yourself in the picture). I will say that these are inconclusive because the sample is way too small and isn’t quite representative of the reality that might take place upon release date. But based on these numbers, the market value is $346.87 ( which isn’t bad for guys looking to resell the shoes). 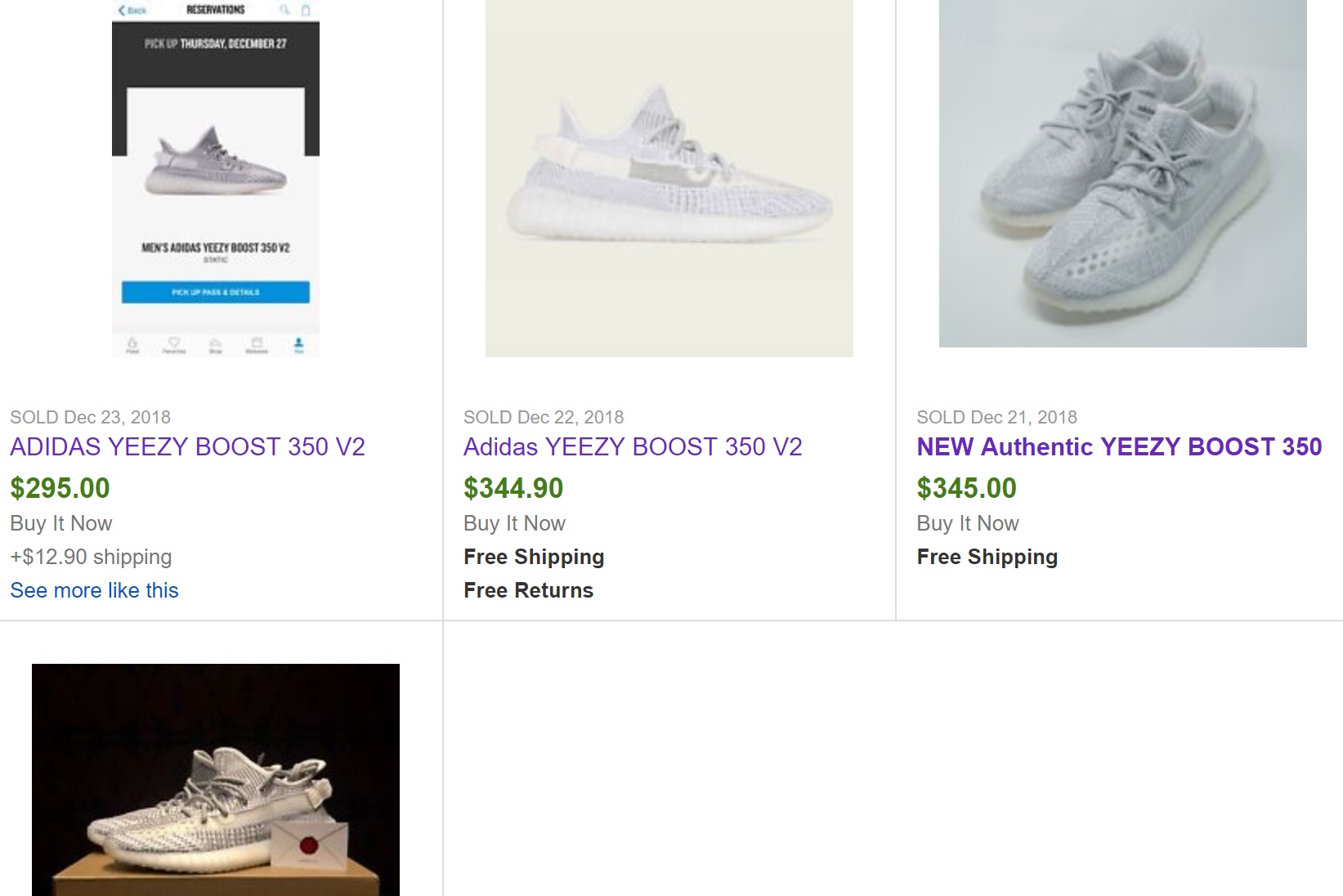 StockX on the other hand has a market value of $362 ( but this has been influenced by the earlier version of the shoe). What we should really take into consideration is the recent sales and if you look at the bottom left corner, you’ll see the $305,$320,$398, $398, $310 which are more reflective of the current value of the shoe.

In conclusion I’ll say that the Yeezy 350 V2 Static will definitely sell out via Retail and will have a considerable market value based on the findings above.