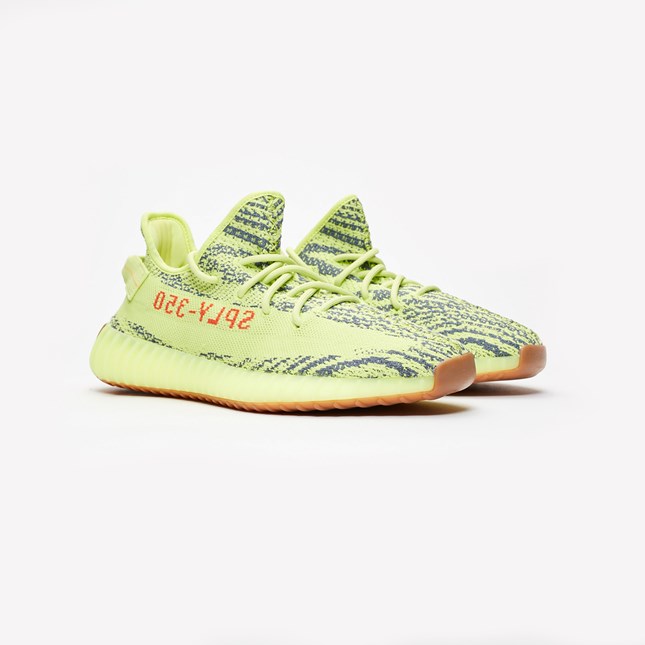 I wanted to establish a linear equation that would allow me to spend less time counting the number of stores allocated an inventory but a subtle change by Adidas disrupted my objective. 533 international stores were given the Zebra Yeezy 350 V2; and that number grew to 618 for the Sesame Yeezy 350. So my goal was to create a linear model based on the recent releases but Adidas chose to give the Yeezy 350 V2 Frozen edition to 590 stores and completely disrupted the growth pattern that I was noticing. So to make a better projection on the 350 V2 Frozen edition, i’ll revert to using the usual assumptions that you’ve been accustomed to.

I will try to establish a linear regression equation based on the data that I’ve collected from these recent releases  of the Yeezy for the next one planned by Adidas. Stay tuned, You can check out the Adidas STORE FINDER for yourself if you’re interested in taking an inventory of the number of stores, CLICK HERE

The average selling price based on these numbers is $338.5 but you can clearly see that it is influenced by the bigger sizes ( 13 and 14). If I were to single those two sizes out, the new  average price would be $333 ( a $5 dollar difference).

StockX’s numbers can be seen in the screenshot below 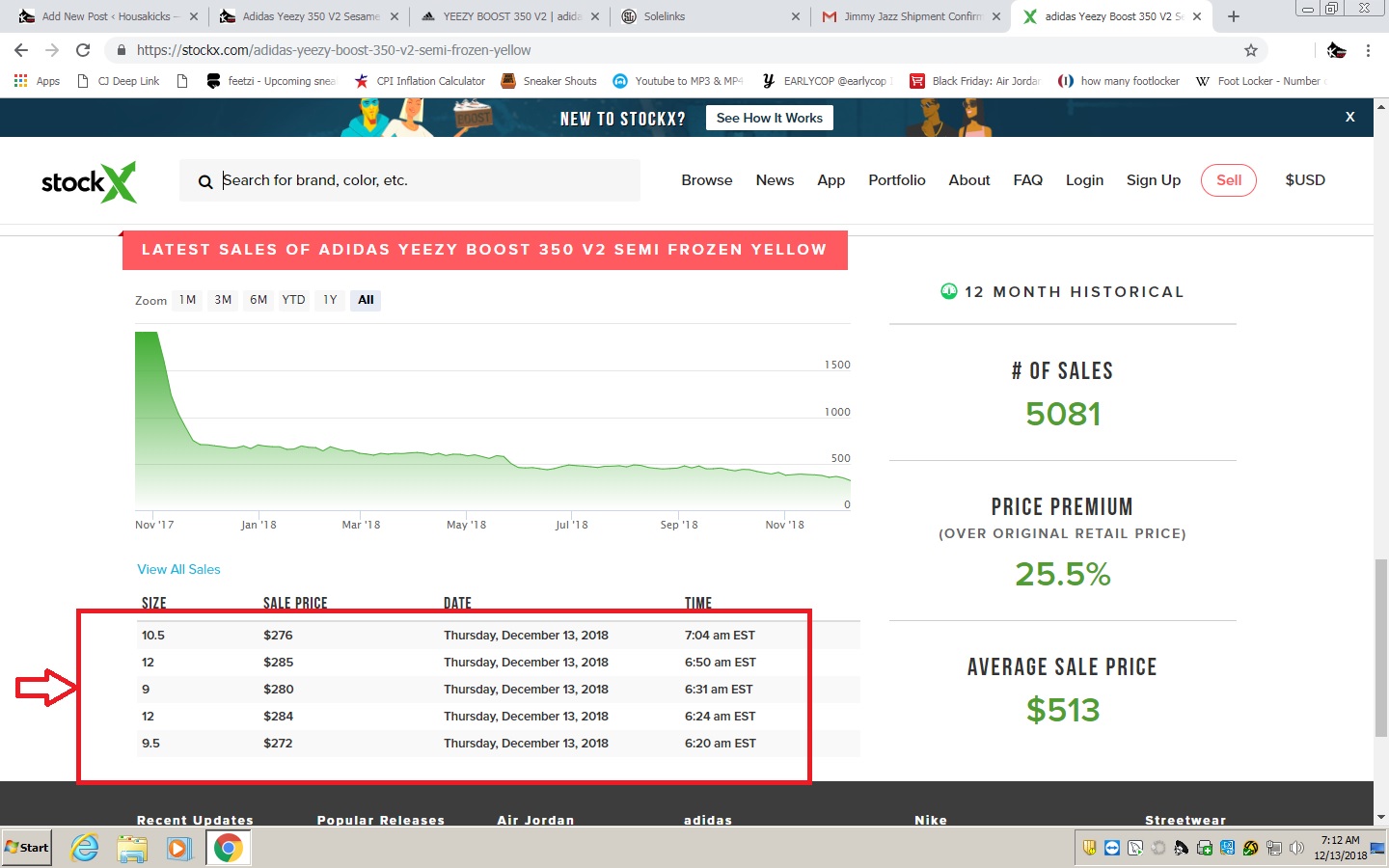 Don’t be fooled by the $513; this is the second rendition of the Semi-Frozen Yeezy 350 and StockX’s records include the original edition as well, which explains why the market value is amplified. If you check the red rectangle in the picture, you’ll see the recent sales recorded and those are ranging between $272 and $290. So in conclusion, I’ll assume that this shoe will not be reselling for more than $310 on common sizes.