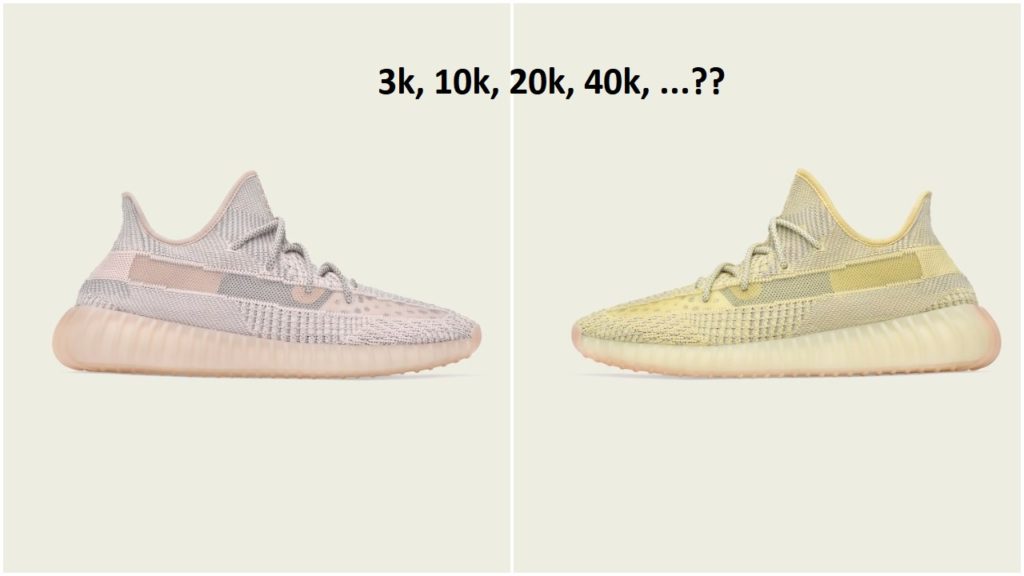 Adidas has decided to go all out this Summer with releasing more colorways of the classic Yeezy 350 V2. The triple black 350 that released a little less than two weeks ago was a success. It sold out instantly and its current market value is as high as $500 in the non reflective version and $1200 in the reflective one. StockX has recorded an average of 20626 pairs sold for the non-reflective triple black 350 and only 950 pairs for the reflective edition. We can infer from these numbers that Adidas probably produced 20 times as many pairs of the non- reflective version than the reflective one. And now that we’ve established this relationship, we can try to come up with an estimate of the number of pairs made of the upcoming colorways of the Yeezy 350 v2’s.

I went on Adidas’s website this morning to see if the brand listed the number of stockists for these Antila & Synth 350’s and came up empty. So the only option I was left with to come up with my estimate was leaning on past data. So what I’ll do is create another linear equation based on my past estimates to predict the number of pairs of made of the non-reflective Yeezy 350 v2 Antila & Synth. The most recent projections I made targeted the non-reflective triple black and the static yeezy 350 and I came up with 60,000 pairs and 58,000 pairs for each respectively. So we can create a linear equation based on these two models,

Since both of these colorways are releasing on the same date ( June 22), I’ll assume that the numbers would be the same, hence

I already established a ratio in the first paragraph between the reflective and non reflective colorways and I’ll use that to make a projection here.

PS: I  could be totally wrong on the numbers above, they are purely based on my own  assumptions so I’ll advise to only take this as a way to give you an idea of what Adidas could be concocting. 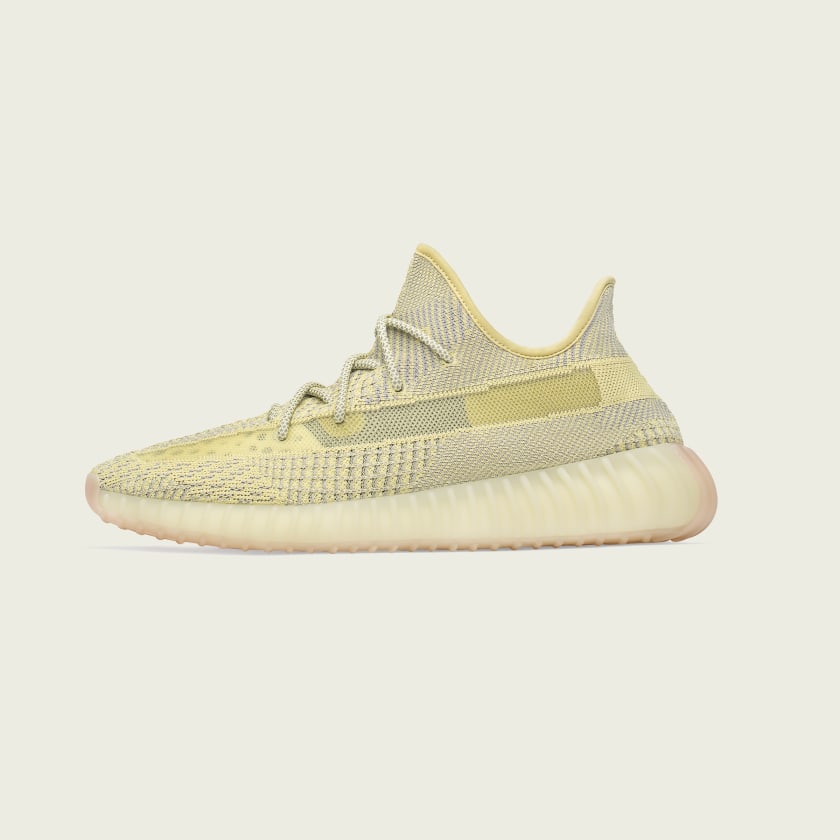 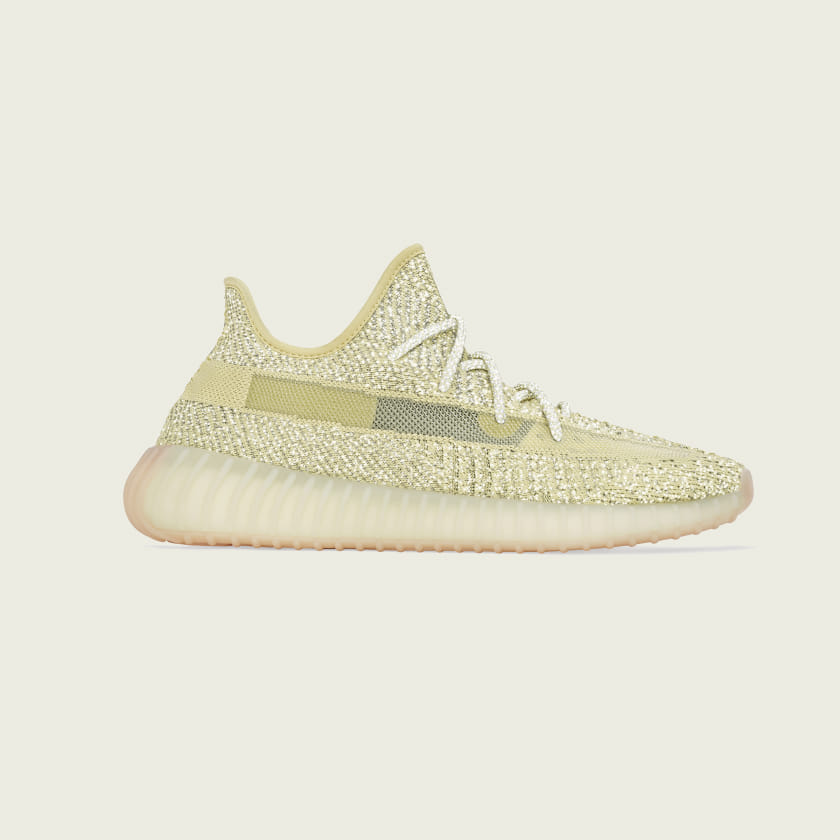 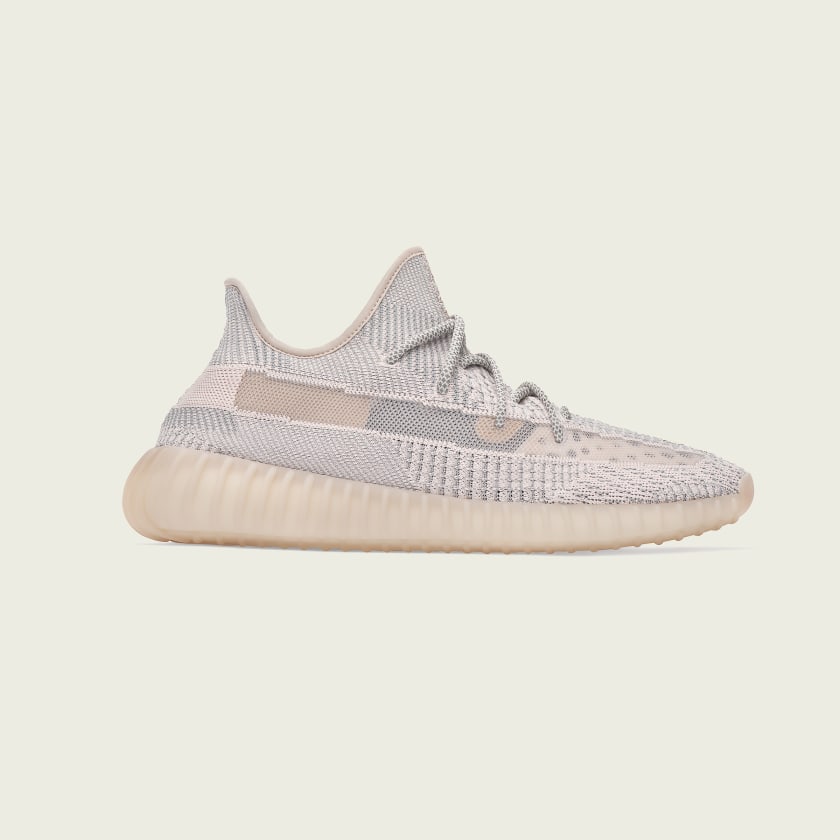