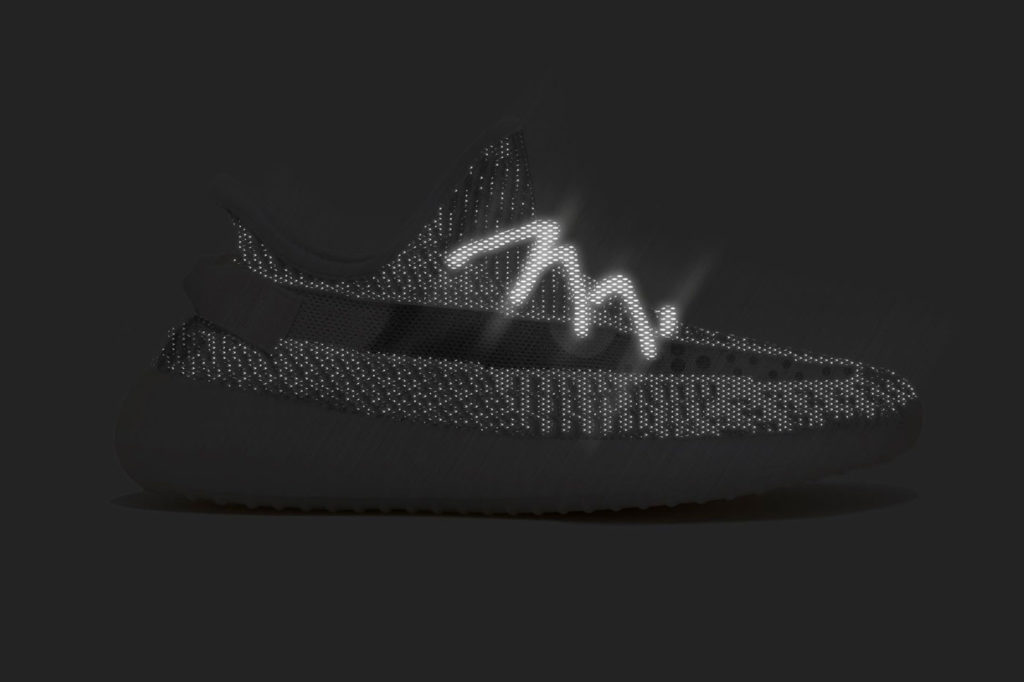 Spread the love
I was scrolling through my Facebook feed, came across a post from Sneakernews stating that Adidas was preparing to launch a pair of the Yeezy 350 with reflective properties that was going to be limited to 5000 pairs. You know a struggling brand or company is in a very critical stage of its existence when certain types of marketing tactics are being used. The underlying meaning  of  limiting production of certain sneakers between Nike and Adidas isn’t the same.
What I’m trying to say is that a brand like Nike isn’t standing on shaky grounds, why? Nike has 23 marquee silhouettes in the Jordan collection alone to play with. The brand has at its disposal an arsenal of sneakers, limitless amount of stories and concepts that can be exploited to pump out more shoes on the market. Just two days ago Nike introduced another pair of 1’s that even had old heads going nuts, I wrote about it, see post below
More Unconventional Air Jordan 1 OG’s Are Brewing For 2019 | AJ 1 Turbo Green 555088-311​​​​​​​
Unlike Nike,  you can clearly sense that Adidas is now in “Search Mode” desperately trying to find a way to keep the hype around their exclusive sneakers alive. Their options are more limited; for two consecutive years, the NMD and the rebellious concept it carried reigned. But through my recent scouting in the mall, I’ve discovered that the NMD has now become an outlet special, see post below for more details

So the next logical move for Adidas was to make the Yeezy a GR( general release). It was a successful strategy in the sense that they didn’t sit on retailers’s shelves…. But it lead to another issue- the shoe is progressively losing its appeal because of its accessibility to all and that’s what Adidas fears the most. This is why the third party marketplaces are so valuable, a shoe that performs well in the retail market isn’t necessarily a target for third party sellers. The Sesame Yeezy 350  was a winner for retailers but for the low and mid level resellers, it was a pain in the neck. What I mean is the Sesame Yeezy can be fetched now for as low as $247 on third party marketplaces. For a reseller, that’s a terrible deal because the Sesame doesn’t have any resale value. You may wonder why I’m mentioning this and I’ll explain. Retailers are at the mercy of resellers to some extent; when the Reseller turns his back on a certain shoe, it creates a domino effect- the retail market is affected negatively and as a result the brand that made that shoe is in trouble ( the NMD was the perfect example). Adidas has a terrible dilemma, as much as the brand wants to make the Yeezy a GR, they don’t want the shoe to suffer the same fate the NMD suffered. And consequently they are creating a model with 3M reflective  details  limited to 5000 units just to keep customers engaged, basically this is what it sounds like to me

don’t get too comfortable guys , the Yeezy is still going to be hard to get

Adidas will have no choice but to use marketing tactics of this type just to keep the Yeezy from vanishing as it is hanging on a very tiny thread. Check out the posts below for more info
Adidas Yeezy 350 V2 Sesame |How Many Made |Africa Is Severely Overlooked
ADIDAS YEEZY 350 V2 Zebra How Many Possibly Made? Even Papua New Guinea Is Getting The Shoe