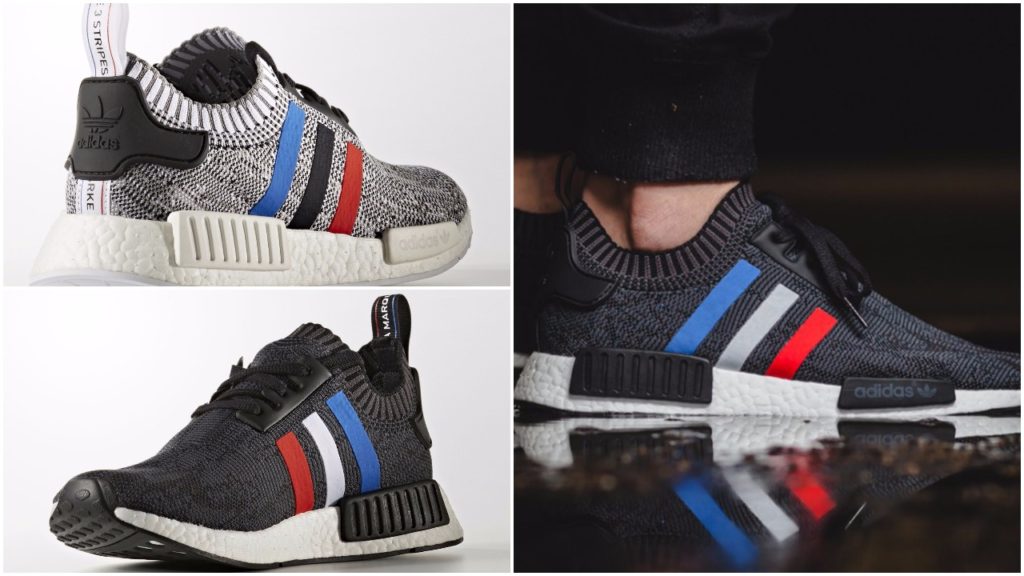 Prepare to fork out some more money this week if you are an NMD lover. The Adidas NMD Primeknit BB2887 & BB2888 are both scheduled to release on December 26, a day after Christmas. Adidas has certainly taken the running/casual shoe world by storm with the introduction of the Boost technology & the Primeknit fabric. The very first NMD sneakers featured a breathable mesh upper, but the primeknit brings with it a plush & custom fit, and a sleek aesthetic. I have seen people of all ages and genders rocking NMD

‘s, and most individuals like them because they are comfortable. 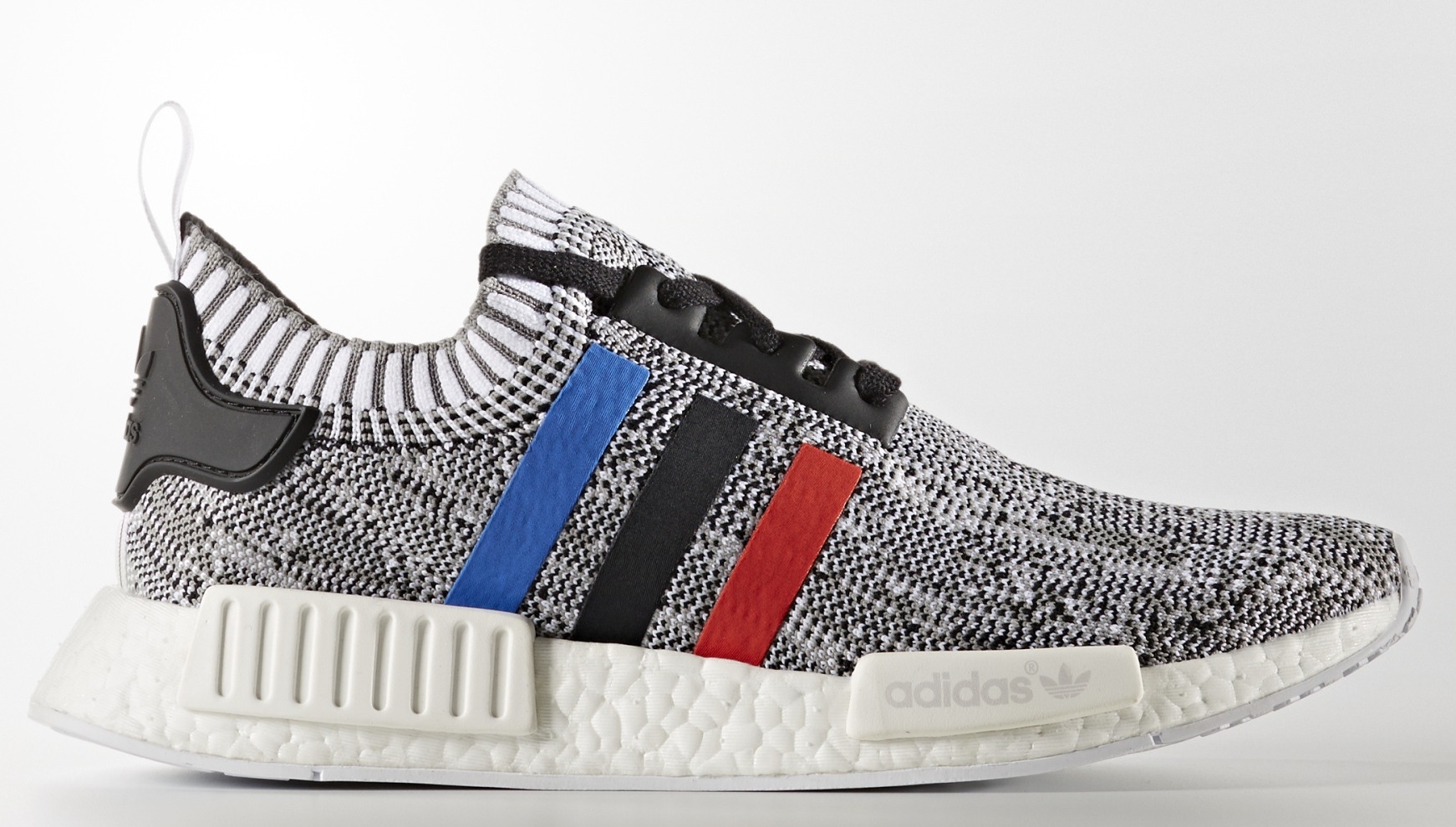 This particular colorway is dressed in a white and black primeknit based upper. Adidas branding will come in red, blue and black in the signature three stripes ( on both medial & lateral side panels). The TPU plate on the heel will also bear an Adidas logo.

The Adidas NMD Primeknit BB2887 will also include a pull tab on the heel for a easy slip on. The neck of the shoe has been purposely constructed to emulate a sock-like fit ( it basically feels as if you are just wearing socks). The primeknit is stretchy and molds to the foot to ensure natural motion. Add on to this the boost sole and it feels as if you are walking on clouds; Adidas has also added more cushioning with the EVA plus alongside the heel and the forefoot. The shoe is completed with the usual continental outsole fit for any dry & wet terrains. 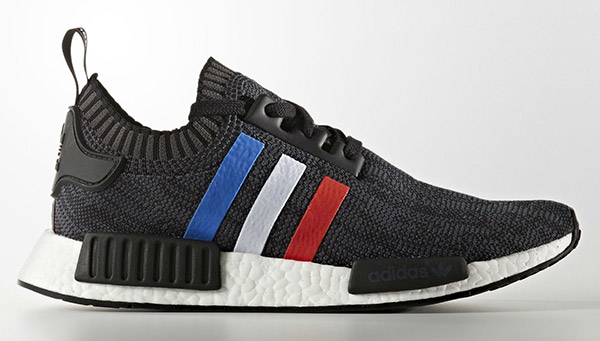 With an black based Primeknit upper, this model bears the three stripes on the sides in the colors of the National French Flag. It also includes the same specs as the white & black model, and will sport black EVA inserts on the sole. 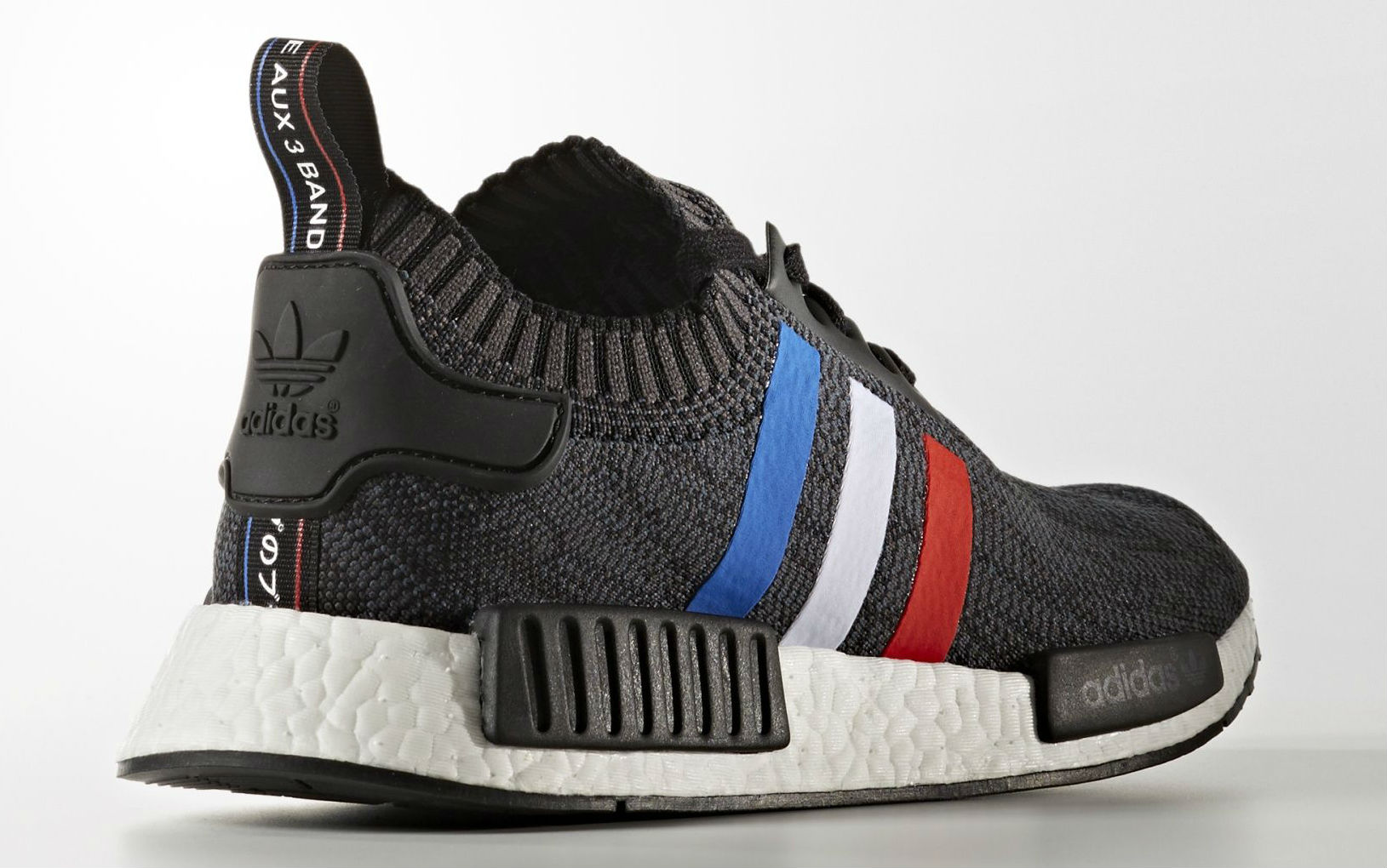 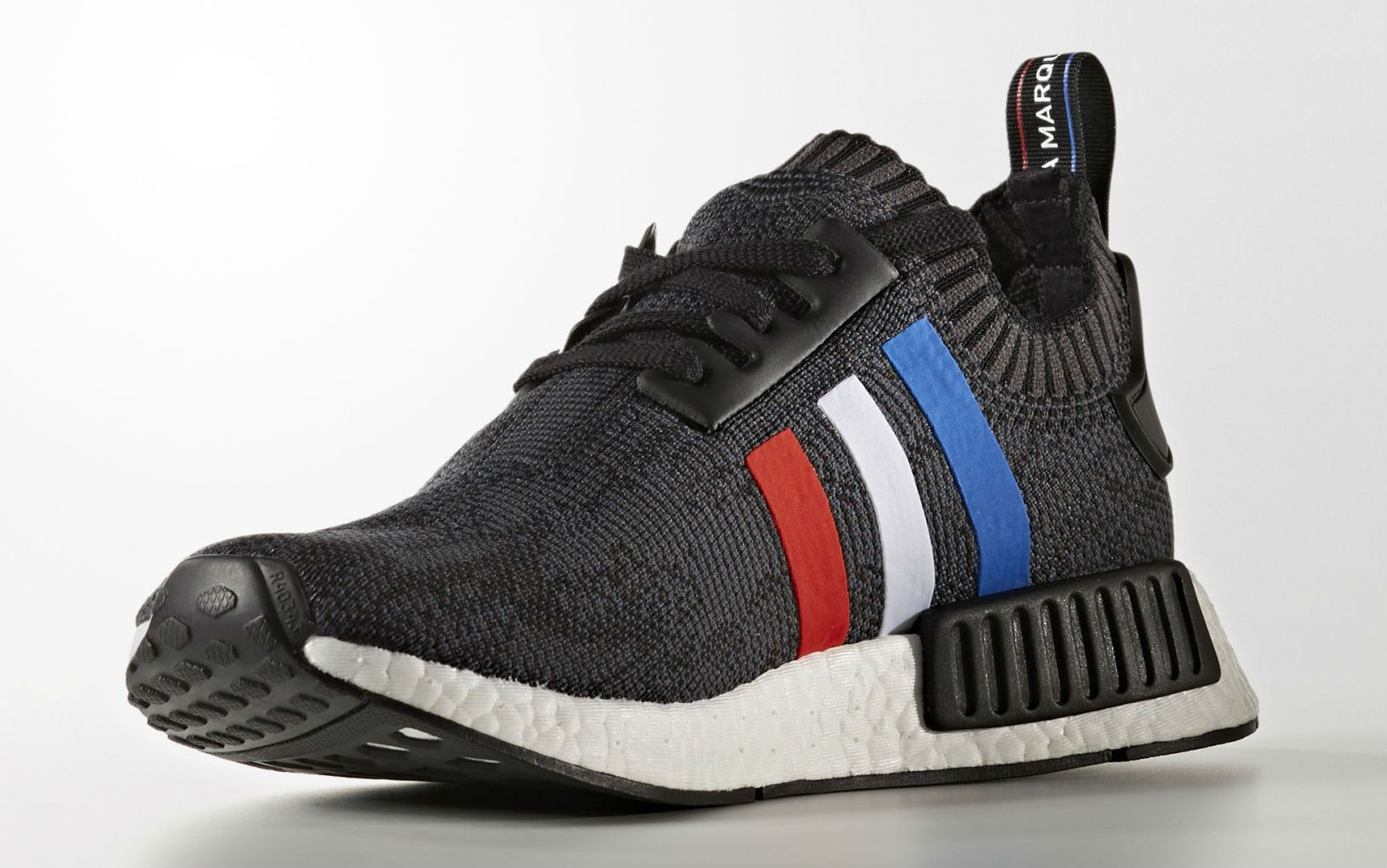 Both Adidas NMD Primeknit BB2887 & BB2888 will be available for purchase via finishline on December 26, see links below for purchase purposes.

For those who do not wish to wait till then, you can buy them now via our trusted featured eBay sellers, see listings below